Twitter has commenced the test running of editing tweets following a tweeter pool launched early this week by Elon Musk who joins the board of the company after becoming its single largest shareholder. On Tuesday, the company revealed it has been working on a long-requested edit button, and would begin testing within Twitter Blue labs “in the coming months”. Head of consumer product Jay Sullivan said the feature will require time limits, controls, and transparency about what has been edited. 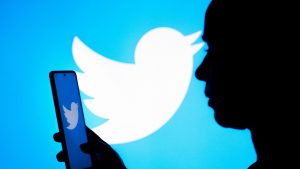 “Protecting the integrity of that public conversation is our top priority when we approach this work,” Sullivan said.

“Therefore, it will take time and we will be actively seeking input and adversarial thinking in advance of launching Edit. We will approach this feature with care and thoughtfulness and we will share updates as we go.”

Twitter said the edit feature did not come from a poll, referencing a tweet made a day earlier by Elon Musk.

In a filing it was revealed Musk had purchased 9.2% of the shares in Twitter this week, with the New York Times reporting the billionaire has agreed to not buy more than 14.9% of the company, nor take it over.

Musk has also been appointed to the board of the company. The billionaire has previously been in hot water with the SEC over his tweets, and insulted politicians for threatening to tax his billions.

“Through conversations with Elon in recent weeks, it became clear to us that he would bring great value to our board,” Twitter CEO Parag Agrawal said.

“He’s both a passionate believer and intense critic of the service which is exactly what we need on Twitter, and in the boardroom, to make us stronger in the long-term. Welcome Elon!”

In recent days, founder Jack Dorsey admitted he has regrets over his involvement in creating a centralized internet.

“The days of usenet, irc, the web…even email (w PGP)…were amazing,” he said in a tweet on Sunday.

“Centralizing discovery and identity into corporations really damaged the internet. I realize I’m partially to blame, and regret it.”

Dorsey on Tuesday praised the move of Musk onto the company board.

“I’m really happy Elon is joining the Twitter board! He cares deeply about our world and Twitter’s role in it.”