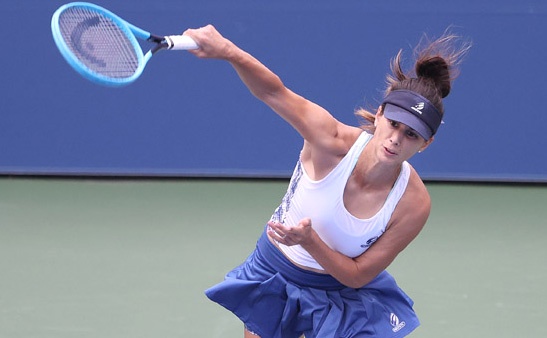 Tsvetana Pironkova reached the quarter-finals of the US Open on Monday, defeating France’s Alize Cornet in three sets.

The unranked Bulgarian, who only returned to tennis this year following a three-year absence from the circuit, secured her last eight berth with a 6-4, 6-7 (5/7), 6-3 victory at the Louis Armstrong Stadium.

Pironkova will now face third seed Serena Williams in the quarter-finals on Wednesday.

“Especially that I pulled through at the end of the match — I was exhausted.

It is only the fourth time in Pironkova’s career that she has reached the quarter-finals of a Grand Slam singles event, and marks her first quarter-final appearance at the US Open.

Pironkova’s last tournament appearance before this year’s US Open had been the 2017 Wimbledon championships when she exited in the second round.