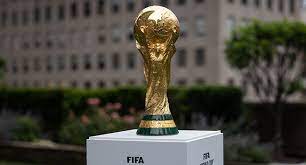 The opening match for this year’s World Cup, between hosts Qatar and Ecuador, will be brought forward by one day to November 20, World Cup sources told AFP.

The move, which should be approved by the FIFA Council before the 100-day countdown starts this week, will retain the tradition of the first match featuring the host country.

Under the existing arrangement, Senegal and the Netherlands play the first game on November 21, followed by the official inauguration match between Qatar and Ecuador later that day.

The World Cup sources said that confirmation of the change was expected soon. FIFA and the Qatari organising committee declined to comment.

“There were discussions and agreement between the two respective teams and there was a request from CONMEBOL — the South American confederation,” one World Cup source told AFP, speaking on condition of anonymity as no official decision has been announced.

“We wanted to follow the tradition that either the reigning champions or the host country be involved in the opening match,” the source added.

For fans who have tickets for the November 21 game, “any disruption will be dealt with so impact is minimal”, another tournament source told AFP.

Under the change, Netherlands v Senegal would be moved from 1:00 pm (1000 GMT) on November 21 to a 7:00 pm start. “It is a better slot for both teams for television and other areas,” said the World Cup source.