Immediate past Super Eagles interim manager Austin Eguavoen has said that Black Stars were hungrier and more determined than the Super Eagles to earn the ticket for the Qatar 2022 FIFA World Cup. 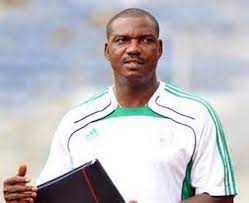 Both sides played a pulsating two draws home and away but it was the Ghanaians that nicked the ticket on the away goal rule following a 1-1  draw in Abuja after  they had  both  toed goalless in Kumasi.

Eguavoen who was a guest on a Supersport programme monitored in Lagos yesterday, however, apologised to Nigerians for the World Cup blackout.

“We wanted the ticket to the World Cup more unfortunately, we did not show it that we wanted it more than them (Ghana),” Eguavoen said.

“Ghana’s game is always centre around the midfield and we failed to mark Thomas Partey in that area who has the luxury throughout the match in Abuja. It is unfortunate that we lost the ticket,” he added.

He acknowledged the huge support given to the team by the Nigeria Football Federation (NFF) and the Ministry of Youth and Sports Development while lamenting that the team could not repay the support by qualifying for the first FIFA World Cup in the Middle East.

On the speculation on players being forced on the technical crew, Eguavoen said: “Nobody can force any player on me because the likes of Lookman have been doing well in Leicester City. Talking about somebody coming to alter my selection was not true and the only people I discussed my selection with were my backroom staff.”

“I want to thank NFF for giving me the opportunity to coach Nigeria for the World Cup qualifiers. I did not regret coaching the team especially when you are called to coach your country it was a privilege and I cannot refuse having spoken to a lot of people about it. I am not going to see myself as a failure.

“Drawing in Kumasi and Abuja was not a failure as we did not lose the game but we lost the ticket. So I don’t see it as a failure because the two-legged qualifiers were sensitive matches, especially the World Cup,” he added.

He, however, charged the NFF to give the incoming coach a long-term target to build a new team for the senior national team.