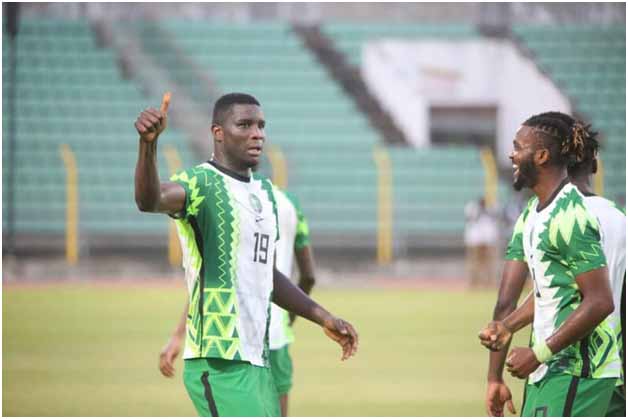 Genk of Belgium striker Paul Onuachu and South Africa-based goalkeeper, Daniel Akpeyi are among the four players that joined the Super Eagles camp lately in the Moroccan port city of Tangier ahead of Saturday’s Qatar 2022 World Cup qualifier against Liberia.

South Africa-based goalkeeper Daniel Akpeyi is the first player to arrive the camp after the Kaizer Chiefs joined the officials who flew from Lagos to Morocco. 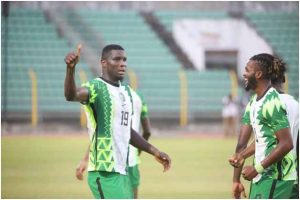 Also in camp are the Germany-based duo of Jamilu Collins and Kevin Akpoguma as well as Italy based Ola Aina.

According to a reliable source at the Nigeria Football Federation (NFF), most of the invited players are expected to arrive at camp today after featuring for their various clubs in Europe.

The camp which officially opened Monday had some officials based in Nigeria arriving in Morocco while others are expected to join them later today.

The Lone Star of Liberia will host the Super Eagles at their adopted home in Morocco on Saturday after their Sam Konyon Stadium in Monrovia failed to meet CAF approval to stage international games.

The Nigeria team will face Cape Verde next Tuesday for their last group match and that could be a mere formality if they beat Liberia.