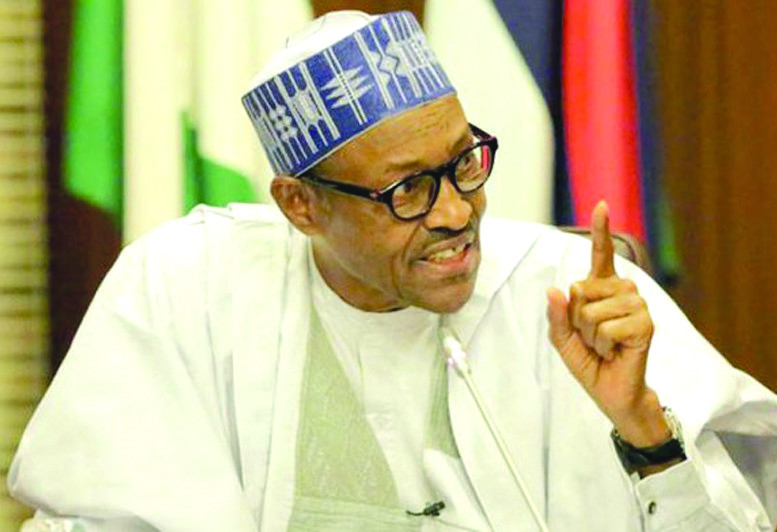 Barely nine months after directing all Ministries, Departments and Agencies (MDAs) to give preference to local manufacturers of goods and services in their procurement processes, President Muhammadu Buhari recently signed another Executive Order aimed at steering the nation away from foreign dependence. Aside emphasising preference for Nigerian companies in the award of contracts, the latest order is expected to also promote local content in the application of science, technology and innovation towards “achieving Nigeria’s developmental goals across all sectors of the nation’s economy.”

The President, pursuant to the authority vested in him by the constitution, ordered that all ‘‘procuring authorities shall give preference to Nigerian companies and firms in the award of contracts, in line with the Public Procurement Act 2007.’’

In the proclamation entitled ‘‘Presidential Executive Order 5 for planning and execution of projects, promotion of Nigerian content in contracts and science, engineering and technology,” President Buhari also directed MDA’s to engage indigenous professionals in the planning, design and execution of national security projects.

The Executive Order also prohibits the Ministry of Interior from giving visas to foreign workers whose skills are readily available in Nigeria. It, however, notes that where expertise is lacking, procuring entities will give preference to foreign companies and firms with a demonstrable and verifiable plan for indigenous development, prior to the award of such contracts. It adds that ‘‘consideration shall only be given to a foreign professional, where it is certified by the appropriate authority that such expertise is not available in Nigeria.’’

For sure, with Executive Order, Nigeria is not doing anything dramatically different. Every country adopts a local content policy and strategies to grow its economy. And if effectively implemented, it is expected that the nation will reap bountifully from the new Executive Order. But the challenge has always been with the enforcement of our laws. Indeed, the order only reinforces and broadens the Nigerian Content Law of 2010 in the oil and gas sector of the economy. Even though some indigenous oil companies are now playing significant roles and in the process building local skills, there is still much more to do to realise the objectives behind the law.

It is noteworthy that some of the local oil firms are now big enough to run on their own steam with the technical know-how that allows them to buy assets in the oil and gas industry, and manage their resources. Some of them are also into the exploration and production as well as fabrication, engineering, and marine transportation.

The signing of the new Executive Order by the President has elicited reactions by economic experts. Dr Ayo Teriba, chief executive officer of Economic Associates, said the order is a step in the right direction but should not be confined to just the science, engineering and technology sectors of the economy. “It is a policy in the right direction and it should not be confined to those areas that the Executive Order is covering. It should be wider. Any job that a Nigerian can do, no foreigner should do it. President Buhari has done well but they should expand the coverage of such executive orders to preserve the employment space for Nigerians,” he said.

The Public Relations Consultants Association of Nigeria (PRCAN) equally described the new Executive Order as quite commendable. The association said this would make it unlawful to grant visas to expatriates to come into Nigeria to render professional services which could otherwise be provided by Nigerian professionals. The association described the President’s action as “exceptional, courageous and an act of nationalism which puts our country first over and above the popular penchant of government officials for all things foreign, and particularly Caucasian.”

PRCAN further assured President Buhari of its readiness to play the role of whistleblowers vis-a-vis the public relations and marketing communications sector, promising to avail the Presidency with the details of foreign agencies operating illegally in defiance of the laws regulating the industry in Nigeria.

“President Muhammadu Buhari can be rest assured of our support in this regard. We will compile the names and addresses of those currently operating illegally here against the extant law regulating the Public Relations practice in Nigeria. We will make this task easy for you so that relevant government agencies can enforce the Executive Order and other extant laws,” PRCAN said.

Olayera Oluseyifunmi, a content strategist, also said the Executive Order was commendable but not something to get excited about. “It is commendable but it shouldn’t be something we should be so excited about. It is sad and appalling that the President has to say this as an executive order before we are considered for skills that we actually have. It is one thing for the President to say this and the bodies responsible to act on it. I hope and pray that the order will not just be in print but will be implemented,” she said.