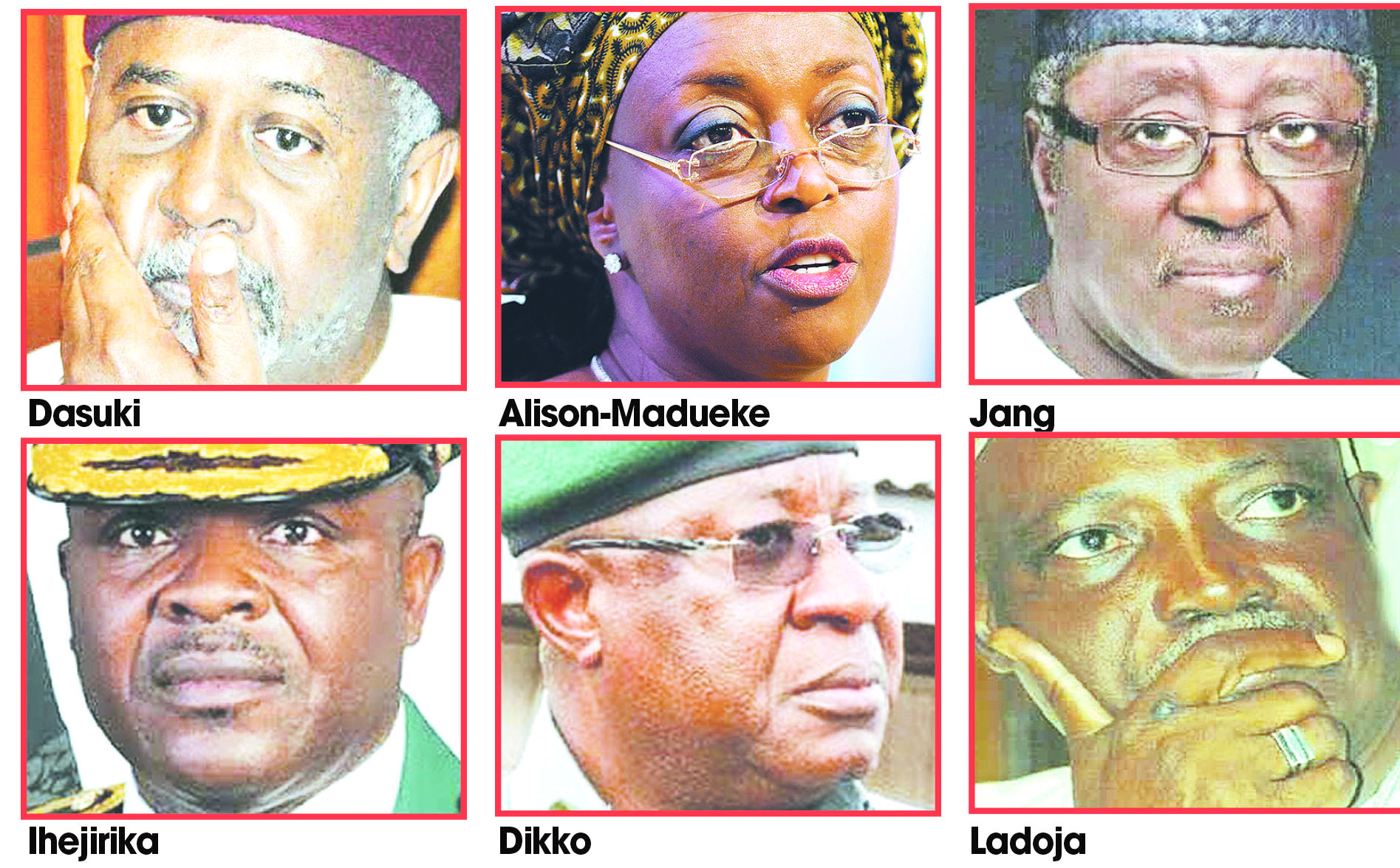 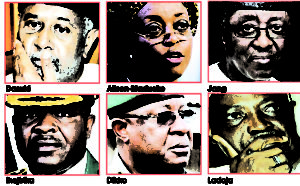 The Federal Government recently made good its promise of letting Nigerians know those behind the alleged looting of the country’s treasury during the period the People’s Democratic Party (PDP) was at the helm of government, especially the Goodluck Jonathan administration. Late March, this year, Lai Mohammed, Minister of Information, released the first batch of the list of alleged looters of government treasury.

He followed it up on Sunday, April 1, with another list of 23 alleged looters. The list contains the names of those involved, the amount looted, dates the looting took place and from where they were taken. The Federal Government alleged that about $19.82 billion and N320 billion were looted from the treasury by politicians within the period.

Some of the politicians whose names are listed among the alleged looters are Uche Secondus, National Chairman of the PDP, who allegedly collected N200million from the office of Col. Sambo Dasuki, former National Security Adviser, OlisaMetuh, former National Publicity Secretary of the PDP, who is currently on trial for allegedly collecting N1.4billion from the office of the former NSA. Other alleged treasury looters are Raymond Dokpesi, founder of DAAR Communications Limited, who is also on trial for allegedly laundering N2.1billion, Dudafa Waripamo-Owei, former senior special assistant to ex-President Jonathan, who is equally on trial over N830million kept in the accounts of four different companies and Robert Azibaola, cousin of former President Jonathan, alleged to have collected $40 million from the office of the immediate past NSA.

Mohammed alleged that N126billion, $1.5billion and £5.5million were allegedly embezzled through Dasuki’s office as the NSA. These amounts were not part of $2.1billion military equipment scandal.

All the alleged looters were members of the PDP and its sympathizers. No member of the ruling All Progressives Congress (APC), is on the list of treasury looters.

For Mohammed, this is not a matter to worry about. “What was the PDP expecting when it challenged the Federal Government to name the looters of public treasury under the party’s watch? Did PDP believe that the massive looting under its watch was a joke? Did they think it is April fool” he queried, describing the list as “a tip of the iceberg.”

However, the PDP has officially reacted to the released looters’ list. It accused the APC of usurping the duties of the judiciary in the country. “We are not interested in whatever names they are releasing; the government is taking over the duties of the judiciary. This government is the worst we have had in the history of our nation. Nigerians will have to endure it till 2019 and vote it out,” said Kola Ologbondiyan, National Publicity Secretary of the PDP.

In his reaction, Fani-Kayode said the Federal Government was resorting to cheap blackmail because it could not secure his conviction in court.

Moreover, some of those whose names were mentioned in the looters list have demanded a retraction and apology while others have taken the Federal Government to court for defamation. Secondus, who denied the allegation, gave Mohammed 72 hours to retract the statement and pay him N1.5billion as damages. On April 6, Secondus sued the Federal Government at the Rivers State High Court. He was granted leave by the court to issue a writ of summons to Mohammed, and the Federal Government, to be served by substituted means.

Justice A.I. Iyayi-Lamikanra, Chief Judge of Rivers State, also ordered that all the originating processes, alongside accompanying processes be published in ThisDay newspaper.

On April 23, the Rivers State High Court 1, in Port Harcourt presided over by Justice Adama Iyayi-Lamikanra, granted prayers sought by counsel to the PDP national chairman, Emeka Etiaba (SAN), by restraining the three defendants from further publication of Secondus name in the list of looters pending the determination of the matter before the court. The defendants restrained by the court are the Federal Government, the Minister of Information and Culture, Lai Mohammed and Vintage Press Limited (Publishers of The Nation Newspapers).

Justice Iyayi-Lamikanra ordered that hearing notice should be served on the defendants who were all absent in court and were not represented by any counsel in court. After issuing the order, the judge then adjourned the case to May 28.

Similarly, Dokpesi has written through his lawyer that his name be removed from the list. Mike Ozkhome (SAN), lawyer to Dokpesi, stated in the letter dated April 4, 2018, that contrary to Mohammed’s “derogatory, disparaging, mendacious and unrestrained defamatory statement as published in various print, electronic and online media platforms, our client (Dokpesi) has never been associated with looting of public treasury.” He alleged that Mohammed had with his “brazen defamatory statements clearly rubbished the hard-earned reputation of our client.” He claimed that Dokpesi had been bombarded with phone calls, mails and visits by his friends and well-wishers since Mohammed released the looters’ list. “Our client has suffered severe odium, opprobrium, ridicule, psychological trauma, untold embarrassment and countless business loses consequent upon your reckless publication, which has put him in a bad light before reasonable members of the society,” Ozkhome said.

But, none of these threatening letters or court cases bothered Mohammed, who described the list as a teaser. He promised that the government would soon release a more shocking list of looters. He said that the hysterical and panicky reaction from the PDP has shown that the party was not sincere about its choreographed apology to Nigerians. He said: “We do not have the power to try or convict anyone. That is the exclusive preserve of the courts. But we have the power to let Nigerians know those who turned the public treasury into their personal piggy banks, on the basis of very concrete evidence, and that is what we are doing. All the fuss about politicising the anti-corruption fight is aimed at preventing the government from releasing more looters’ names and at the same time muddling the waters. But 1,000 negative write-ups or editorials will not deter us from releasing the third and subsequent lists.”

The Federal Government, Mohammed said, will not stop until it releases the names of all those who have looted Nigeria’s commonwealth. “Those who have not looted our treasury have nothing to be afraid of,” the minister said.

Similarly, President Muhammadu Buhari has bemoaned the looting of the national treasury, affirming that the looting was too much in the life of past administrations. The looters, he said, were so inept that they did not cover their tracks well.“If they had used 50 per cent of the money we made, when oil prices went as high as $143 per barrel, and stabilised at $100 with production at 2.1 million barrels per day for many years, Nigerians would have minded their businesses,” Buhari said.