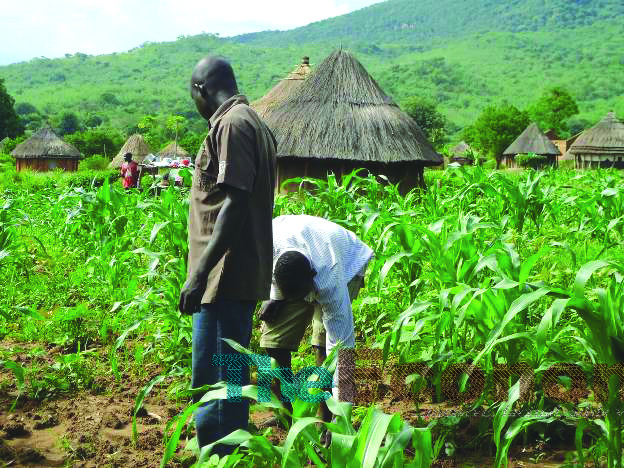 There are fears that agricultural output especially crop cultivation in the country is likely to be negatively impacted by the unusually prolonged August Break affecting the southern and Middle-Belt regions of the country. ‘Little Dry Season (LDS)’ or August break is a seasonal weather phenomenon common to the Southwestern part of Nigeria. It is characterised by a decline in both frequency and amount of daily rainfall for a number of weeks halfway through the rainy season.

According to the Nigeria Meteorological Agency (NiMet), the break which was predicted to last for 25 days has extended beyond a month. NiMet had in its 2020 Seasonal Rainfall Prediction (SRP) stated that “severe dry spell that may last 10 to 18 days is predicted over Niger, Bauchi, Jigawa, Sokoto, Zamfara, Katsina, Kano, Kebbi, Yobe and Borno in the month of June.” The agency also said a moderate dry spell that might last 8 to 12 days was expected around Yelwa, Bida, Minna, Zaria, Funtua, Lafia, Bauchi, Abuja, Gombe, and Yola in June 2020. NiMet forecast had stated: “In the year 2020, the severe effect of the little dry season is expected over the coast of Lagos, Ijebu-Ode, Ibadan, Akure, Shaki, Iseyin, Ilorin, and Ado Ekiti.”

The length of days with relatively dry spells, the agency had added, was expected to last between 10 and 25 days in places like Abeokuta, Osogbo, Shaki, Iseyin and Ilorin, with more than 50 per cent chance of occurrence while the coast of Lagos, Ikeja, Ibadan, Ijebu-Ode and Akure could have dry spells above 30 consecutive days as worst case. “The 2020 LDS season is likely to start as early as 18th of July in Abeokuta and as late as August 4 along the coast of the South-West. However, we expect a very mild effect over places like Benin, Lokoja, and Enugu,” the agency had predicted.

Contrary to predictions, the break started early July and has extended to the end of August, covering states in more than four geopolitical zones of the federation. Agricultural scientists and economists, however, said the situation underscored the reality of climate change, stressing that no part of the world was immune to its effects.

In its socio-economic implications of the 2020 forecast on agriculture, NiMet had said the growing season was expected to be near normal in many parts of the country. It, however, said: “Farmers are advised to avoid planting during the pre-onset period, farmers should take advantage of this period for land preparation and procure inputs; adopt risk management techniques like insurance; adopt climate-smart agriculture (improve productivity, build resilience and reduce emission) such as soil and water conservation, water harvesting techniques and supplementary irrigation during the dry spell.”

The agency urged relevant authorities to facilitate the provision of early maturing and drought-resistant varieties to guard against the risk of crop failure and poor yield. It also encouraged the use of weather climate information throughout the agricultural value chain. Sources say that farmers in most South West region had not been able to plant maize, cassava or begin any farm operations because of drought. This will most likely lead to food scarcity in 2021 which will negatively impact the government’s ongoing agricultural revolution.