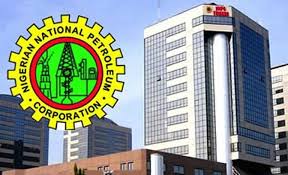 The Nigerian National Petroleum Corporation has said it spent a total of N41.98bn on pipeline repairs and management cost in the first half of this year PUNCH reports.

The NNPC disclosed this in its latest monthly oil report, saying, “Products theft and vandalism have continued to destroy value and put NNPC at disadvantaged competitive position.”

A total of 1,067 vandalised points were recorded between June 2019 and June 2020, according to the corporation.

It said a total of 33 pipeline points were vandalised in June 2020, representing about 11 per cent decrease from the 37 points recorded in May.

The NNPC said, “Mosimi-Ibadan accounted for 33 per cent while ATC-Mosimi and Warri-River Niger recorded 27 per cent of the breaks each; other locations make up for the remaining 13 per cent.

“NNPC in collaboration with the local communities and other stakeholders continuously strive to reduce and eventually eliminate this menace.”

In August, the NNPC called on investors to bid for the repairs of pipelines and depots across the country, adding that the rehabilitation of the facilities would be done through a build, operate and transfer model.

Poor maintenance and vandalism have left many of the depots and pipelines idle for years, with the number of fuel tankers on the roads increasing and wreaking havoc.

The corporation noted that over the years, the pipeline network had suffered incessant unauthorised interference, adding that this was one of the strongest drivers for the introduction of horizontal directional drilling to the scope of the project.

It said the new pipelines would have intrusion detection and cathode protection systems to complement the deep burial.

“In addition, these facilities have aged over the years giving rise to frequent failures and consequent operational downtimes, high maintenance cost and revenue losses,” the NNPC added.

Between 1976 and 1989, the government, through the NNPC, built three refineries in Port Harcourt, Warri and Kaduna, in addition to an existing one in Port Harcourt, which was built by Shell and BP in 1965 (later bought over by the NNPC).

The NNPC installed a network of pipelines across the country, totalling over 5,000 kilometres in length, to facilitate crude supply to the refineries and products evacuation from them.

The network consists of 4,315 km of multi-product pipelines and 701km of crude oil pipelines, inter-connecting 22 fuel depots, the four refineries, and the jetties at Atlas Cove and Warri.