Petrol Price Hike: ‘Deregulation policy will be difficult but better in the long run’ – Timipre Sylva 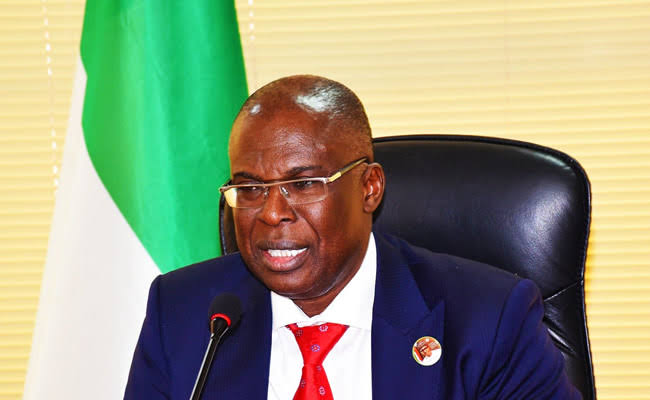 As Nigerians pay more for petrol, Minister of Petroleum Resources (State) Timipre Sylva has explained the recent increase in the price of petrol, admitting that the deregulation of the petroleum subsector will be difficult for a while but pay off on the long run.

Mr Sylva said this on Thursday during a briefing in Abuja and noted that the government no longer controls the price of the product.

According to him, the Nigerian government spends over a trillion naira yearly as subsidy payment, explaining that the high cost forced the government to allow market forces to determine the prices of the product.

The former Bayelsa Governor noted that the current price of petrol is a reflection of the global crude oil price.

He revealed that the Federal Government is not working on any kind of policy to cushion the effect of the deregulation. Instead, it is introducing alternatives to petrol, which include Liquefied petroleum gas (LPG). It is expected to be rolled out by the end of the month.

Sylva added that the Department of Petroleum Resources will engage marketers to upgrade their facilities to be able to dispense the alternatives.

NNPC owned Petrol Stations are expected to be the pilot and the flag-off scheduled for Abuja by month-end.

Petrol stations across the country increased the price of Premium Motor Spirit, popularly known as petrol on Thursday.

The prices ranged between N157 and N162 per litre across the country observed.

The increase was triggered after the product’s ex-depot price was increased on Wednesday from N138.62 to N151.56, according to an internal memo from the Pipelines and Product Marketing Company (PPMC), a subsidiary of the Nigerian National Petroleum Corporation (NNPC).

According to the memo, the new product price adjustment will take effect from September 2.

However, it did not state the Expected Open Market Price of the commodity.