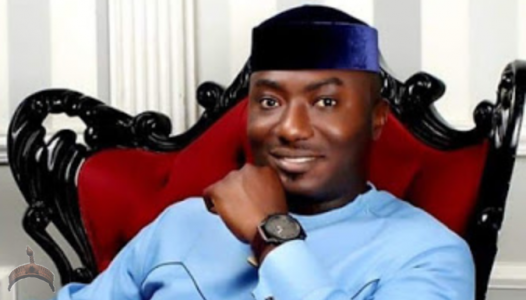 A couple of my “friends”(offline and online) who support Bola Tinubu are about 50 years and older.

These ones were born in the late 60s and early 70s and when the 90s came, they were done with good University Education, they had nice jobs almost immediately after serving and now, a good number of them have become fairly financially stable and are about approaching the evening of their lives and so, they don’t have as much stake in Nigeria as compared to those who are of the next generation after them. Many who had difficult University years in poorly funded and poorly equipped learning conditions, Who struggled to get out of school with a diploma or Bachelors degree, served the compulsory 1 year youth service and have been unable to eke out a living for themselves many years after getting formal education and have been dealt several blows by Nigeria.

These older ones truly do not understand what the generations after them are going through now let alone the new guys on the block who are between 17 and 25; who are completely eclipsed by HOPELESSNESS.

The Nigerian streets have become hell for many young people under 45, many who have the yeast to excel but their fermentation process has been destroyed by the decayed society and thus the misery of life stares them in the face daily.

So when I see these older guys try to water down the agony of youngsters and say carelessly that the general youth agitation for a Peter Obi Presidency is just a social media buzz that will fade, I just smile because they really know not how we feel about the dirty state of our country today and how much HOPE we see in Peter Obi words.

The man is an answer to the tears of our mothers who pray daily for us to excel more than they did and look after them now that they are old and grey.

Peter Obi is an answer to the heart palpitation of our fathers wondering when we will become financially stable and self sustaining and fend for ourselves.

Should Peter Obi win, we will not be expecting magic. What we would be expecting is for him to help halt the steady retrogression and sustained decline of our country and set us on a path of progress and prosperity where there will be actual reward for hardwork, where the people will truly have the power and government will be seen to be doing the right thing and also, doing things right.

Clearly, most of these older guys who are BATIFIED now have spent most of their adult years enjoying political patronage and a good number of them have a link(directly or indirectly) to the Bourdillon and all they want is to have access to the milk of the people should Tinubu become President and soar in their parasitic unions till old age.

They truly know that Tinubu cannot make a good President, they know his brain,bones and nerves are practically famished. They know his brain is already on a rocking chair and his mind on crutches but they want him regardless because that’s their only way to survive post 2023.

Their worry is —> What is or what will be my own benefit at the end of the day.

In all, don’t be deterred young people, we know what we feel and we know why we want Peter Obi.

Their coordinated attacks on/at him are immaterial, we will continue and sustain our OBI-DIENT revolution and be loyal to our country and our conscience. We will labour through the campaign period, we will donate our few naira when we need to, we will keep up the vawulence on social media and suffocate trolls to the best of our ability. We will campaign for a better country like our lives depend on it because it truly does…