The Peoples Democratic Party (PDP) has charged the Independent National Electoral Commission (INEC) not to attend, monitor or supervise the Saturday’s exercise of All Progressives Congress (APC), which it described as a jamboree being organized in the name of a National Convention. 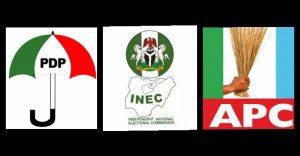 In a statement issued by Hon. Debo Ologunagba, the party’s National Publicity Secretary, on Thursday, the PDP warned that INEC would be going outside its statutory mandate under the Constitution of the Federal Republic of Nigeria 1999 (as amended) and the Electoral Act 2022 by attending or monitoring the purported APC National Convention.

It said: “INEC, being a government agency set up by law, that also draws from the budgetary allocation of the country with respect to superintending over electoral processes and management of political parties, can only superintend over and monitor bodies over which it has the mandate to supervise. This presupposes that any such body must be legally operating as a political party under INEC rules and guidelines.

“The APC, having been defunct on December 8, 2020, when it dissolved its National, States as well as Local Government structures ceases, in the eyes of the law, to be a political party and as such cannot be subject of INEC’s regulations with particular reference to its supposed National Convention.

“For emphasis, the APC Caretaker/Extraordinary Convention Planning Committee (CECPC) was established for the singular purpose of organizing the APC National Convention in 2020. The Committee violated the Constitution and the Electoral Act by engaging in party administration, conducting congresses to produce officers at the various state Chapters as well as delegates for APC National Convention.

“In any event, the CECPC by its composition with a state governor, H.E Mai Mala Buni as Chairman, is illegal and unconstitutional by reason of Section 183 of the Nigerian Constitution which bars a sitting governor from holding “any other executive office in any capacity whatsoever.

“Article 14 (i) of the APC Constitution, clearly states that the Chairman of the APC ‘shall be the “Chief Executive…’ of the party.

“In going beyond its mandate, the CECPC acted ultra vires and all administrative acts purportedly done or deemed to have been done by this Committee are null and void and void ab-initio.

“To this effect, delegates to the APC purported National Convention produced by congresses conducted by the CECPC are at best-handicapped delegates with leprous fingers who cannot deliver any vote to produce a valid and legal political leadership for the APC. INEC should therefore not waste public resources to monitor a jamboree that would be of no legal or electoral effect under our laws.

“If the APC had listened to one its members, the Minister of State for Labour, Festus Keyamo, SAN, who had cautioned that the ‘competence of Governor Mai Mala Buni to organise the congresses have been called to question by the Supreme Court,’ it would not have been in this quagmire.”

The PDP again cautioned Nigerians who intend to participate in the electoral process under the APC to be guided “as they are on a voyage that leads to nowhere.”