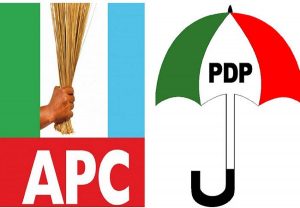 The opposition Peoples Democratic Party (PDP) has asked a Federal High Court in Abuja to declare today’s national convention of the ruling All Progressives Congress (APC) illegal and unconstitutional.

The PDP is also seeking an order of court deregistering the APC as a political party, having failed to meet the requirements of sections 222(a), 223(b) and 225 of the 1999 Constitution.

It further asked the court for an order of perpetual injunction restraining the Independent National Electoral Commission (INEC) from recognising, communicating with, dealing with or having any business whatsoever with the APC as a registered political party.

In a suit marked FHC/ABJ/ CS/ 389 2022 and dated March 25, 2022, the PDP listed INEC, the APC, the Caretaker/Extraordinary Convention Planning Committee (CECPC) and the chairman of the APC- CECPC as defendants.

In the suit filed by its counsel, Samuel Irabor, the PDP claimed that according to a certified true copy of INEC’s list of APC’s current officers, the party is being run by a 13-member executive committee, which is below the constitutional stipulations in Section 223 of the 1999 Constitution that the executive committee or governing body of a political party must be drawn from two-thirds of the 36 states of the federation, which is mathematically 24.

The PDP therefore urged the court to declare all prior acts of the Mai Mala Buni-led caretaker committee leading to the institution of the suit as well as all subsequent acts, including the convention of March 26 (today), as null and void and then proceed to order the deregistration of the APC by INEC in line with Section 225A of the 1999 Constitution.

In the originating summons brought pursuant to Order 3, Rule 6 of the Federal High Court Rules, the opposition party urged the court to determine “whether upon a calm consideration of Section 223(2)(b) of the 1999 Constitution, the leadership of the APC (second defendants) can be made up of only 13 members as presently constituted by the chairman of the CECPC and forwarded/registered with the first defendant (INEC) and if the answer is in the negative, whether the APC has any valid leadership so-called in compliance with Section 223(1) of the 1999 Constitution and whether any act done by the said leadership is valid and founded in law.”

It said “if the answer to the second and third legs of the issue in the above paragraph is further in the negative, whether the APC is not liable to be deregistered as a political party pursuant to Section 222(a), 223(2)(b) and 225(A) of the 1999 Constitution.

It called for “a declaration that by the express provisions of Section 223(2)(b) of the 1999 Constitution, the leadership of the APC cannot be made up of only 13 members as presently constituted by the chairman of the CECPC and forwarded/registered with INEC” and “a declaration that all the prior actions and subsequent actions undertaken by the defendants are null void and of no effect.