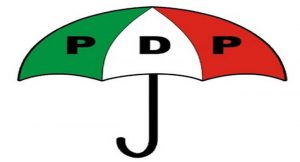 The Peoples Democratic Party (PDP) is said to be facing dilemma over its plan to dump zoning of its presidential ticket to the South for the 2023 election. According to a report by the Nigerian Tribune, a source at the weekend said some power brokers in the party said choosing a possible candidate among the southern aspirants that have indicated interest in the ticket so far is a delicate issue because of the electoral implications.

The source claimed that the thinking in a section of the northern establishment was that the party should be cautious in taking a decision on zoning the presidency to the South, because of the disposition of the average northern voter.

PDP leaders from the South that have obtained nomination and expression of interest forms include a former Secretary to the Government of the Federation and onetime president of the Senate, Chief Anyim Pius Anyim; business guru, Chief Sam Ohuabunwa; Dr Nwachuklwu Anakwenze and a former governor of Anambra State, Mr Peter Obi, all from the SouthEast.

The rest are Governor Nyesom Wike of Rivers State and his Akwa Ibom State counterpart, Emmanuel Udom, from the South-South geopolitical zone and a former governor of Ekiti State, Ayodele Fayose, from the South-West.

According to the source, there is the need for proper background checks on the aspirants to guarantee that the PDP does not play into the hands of pro-government elements as preparations for the election progress.

Another issue said to be of concern to the power brokers in the PDP is the task of getting a choice among the southern aspirants that can tackle the economy, one of the greatest challenge to the All Progressives Congress (APC)-led administration.

The three pre-election promises of President Muhammadu Buhari in 2015 were war on corruption, revamping the economy and tackling insecurity in the country.

The source added that the top notch of the PDP were careful on the role of the Independent National Electoral Commission (INEC) in the 2023 elections, notwithstanding the assurances by the commission to be neutral and fair.

In spite of all these issues, the source said those involved in the ongoing power game in the PDP might resolve the jigsaw over zoning of the presidential ticket of the party in the coming weeks.

“Who can they present that can mobilise people across the entire country? Look at Peter Obi, he will need Atiku Abubakar, Saraki and the governors from the North to accompany him if he is made the standard-bearer of the PDP. That is part of the dilemma,” the source queried.

“Those concerned in the PDP will sit down and sort out their difference as time goes on. It will not make sense for them to say they can’t zone it to the South.

“But their dilemma is that if they should zone it to the South, it will be difficult for them to get good votes for a southern candidate. Some leaders can work on the people to be circumspect before giving their mandate to a particular candidate,” the source added.

However, there are counter-arguments by other PDP stakeholders, insisting on the sanctity of the principle and accusing those opposed to it now of volte face.

According to them, the antizoning leaders defected from the PDP to the All Progressives Congress (APC) during the build-up to the 2015 election.

They are contending that the returnees teamed up with the newly-formed APC at the time to deny the PDP’s candidate, Dr Goodluck Jonathan, a second term mandate in 2015.

According to them, one of the current aspirants left the PDP to become the candidate of an opposition party in the past, just as a couple of others were elected into the National Assembly in 2015.

Instead of electing to abandon PDP, most of its leaders insisting on the zoning principle as enshrined in the constitution of the party had remained in the party to salvage it.

Meanwhile, a member of the Board of Trustees (BoT) of the PDP and ex-deputy national chairman, Chief Olabode George, has described zoning as the spinal cord of the party, warning that any attempt to dump the principle could have a serious repercussion on the party at the 2023 election.

George, who said he would be retiring from party politics after next year’s election, said Section 7(3)(c) of the PDP Constitution on zoning and power rotation remains sacrosanct until amended.

“The issue of zoning has become so much emotionally touchy. My personal view is that the PDP must, as usual, make a definitive statement to the public on zoning to the South, so that we would be seen not only to be obeying the laws of our party; but that the truth will also come out.

“The party must come out categorically on zoning to the South because if we are flip-flopping, the public will see us as being indecisive; that when there are crises, we would not have the nerves and the guts to take a decision. Therefore, let us be honest, just, fair,” he advised