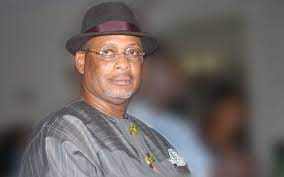 The  crisis between Wike and some of his estranged political friends took a new twist on Thursday as the Rivers State House of Assembly passed a motion delisting Celestine Omehia as a former governor of the state.

Following the development, he is required to refund all the financial entitlements he had received, estimated at N600m benefits and N96.5m monthly pension as of September 2022.

The trio had fallen out of favour with Wike when they paid a solidarity visit to Atiku after he secured the party’s ticket as the presidential standard bearer for the 2023 elections.

Omehia is the latest casualty of the crisis in the PDP as the Rivers State government had on August 19 sealed off the properties owned by allies of Opara.

The affected businesses which were sealed off on the orders of the Rivers state governor include a filling station, a bar and a hotel.

The motion to delist Omehia was moved by the member representing Obio-Akpor Constituency 1, Martin Amaewhule, during plenary presided over by the Speaker, Ikuiyi Awaji-Ibani, and supported by all the 21 lawmakers present.

By the passage of the motion, Omehia’s portrait will be removed from Government House as a former governor.

Presenting the motion on the floor of the House, Amaewmule, who is also the House Leader, urged the lawmakers to reverse an earlier resolution of the 8th Assembly on June 30, 2015, which compelled the state executive council to recognise Omehia as a former governor and accorded him all the entitlements, privileges and benefits due to a former occupant of the office.

The motion was seconded by Anslem Ogugua representing Ikwerre Constituency in the 32-member state legislature.