Mar 24, 2022
A political party – the African Action Congress on Wednesday declared its support for police officers planning to go on strike in the country, and called for the release of Inspector Adebimpe Olorundare who was said to have been arrested as one of the organizers of the strike action.
In a statement released by the National Publicity Secretary of the party, Adeyeye Olorunfemi, titled, “Maximum solidarity with striking police officers; total support for March 26 nationwide protests at police stations and Eagle Square, Abuja,” the party said it was time to stand with the policemen who were planning to go on strike. It added that the men and women of the Nigerian Police Force had taken a bold step and must not be abandoned. 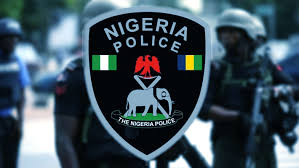 “It’s time to stand fully with our Policemen who have come to the revolutionary light and are planning to go on strike and protest till their demands are met. These men and women have taken this bold step and must not be abandoned,” Adeyeye said.
He listed the demands of the police as; immediate implementation of the announced salary structure; proper payment of pension and other emoluments for retired officers; adequate welfare, better conditions of work and renovation of barracks; provision of modern equipment and weapons to fight crime, so as to prevent the unfortunate killing of police officers by criminal gangs in the country; and adequate compensation to families of police officers who have died in the line of duty.
Adeyeye said that the President Buhari regime “must stop lying about increasing the salaries of the police while it does not reflect in their take-home.”
He further concluded by asking activists to show support for the police, and charged the Nigerian Police Force to stop the harassment and intimidation of the aggrieved officers.
“To every activist who has been demanding that the Police workers organize themselves in a Union and fight for better working conditions, the time to show solidarity is now.
“For us at African Action Congress – Nigeria, we are ready to march with the oppressed workers of the Nigerian Police any day, anytime.
“It is to this end, we demand the immediate release of one Inspector Adebimpe Olorundare, identified already as one of the organizers, and that the Nigerian Police Force stop further intimidation and harassment of protesting officers. The Police bureaucrats must desist forthwith, from making an already bad situation worse.
“Shouldn’t it be clear to the Buhari regime by now that you can’t arrest the people’s yearning for freedom? We are in this together and we shall overcome together,” Adeyeye said.