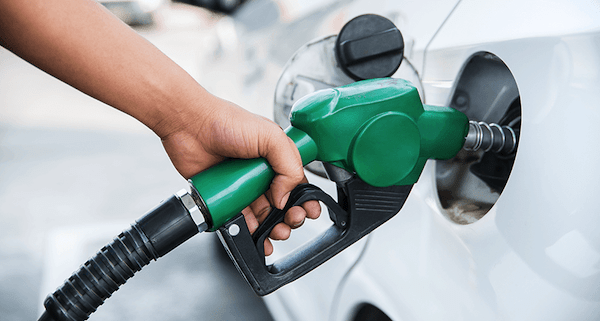 The Federal Government has again increased the pump price of Premium Motor Spirit (PMS), popularly known as petrol to N151.56 per litre, up from N148, the third increase in three months.

A statement by the Pipelines and Product Marketing Company (PPMC), a subsidiary of the Nigerian National Petroleum Corporation, NNPC on Wednesday informed the depots owners of the increase.

“Please be informed that a new product price adjustment has been effected on our payment platform.

The latest increase in the pump price of petrol has been greeted with anger and criticisms by Nigerians, the organized labour and other groups.

Wabba said that with the latest hike in the pump price of fuel, the leadership of the NLC can no longer guarantee industrial peace and harmony. “We will have to call our organs and we will have to also react, but we reject it in its entirety. They have betrayed the trust of Nigerians,” the NLC president said.

Reacting to the hike, the minority caucus in the House of Representatives, in a statement by its leader, Ndidu Elumelu, described price increase as unacceptable.

The caucus said the hike would worsen high cost of consumer goods and services and economic hardship suffered by Nigerians.

Elumelu said: “The minority caucus in the House of Representatives rejects the announced increase in the pump price of fuel. This is because such increase will directly result in more hardship on our citizens, particularly at this critical time when the majority of Nigerians, across the country, are struggling to survive under the burden of the high cost of living and low purchasing power occasioned by the prevailing economic challenges.’’

The caucus asked PPMC to revert to former price.

The Peoples Democratic Party (PDP) described the increase as callous, cruel and punishing. The party called on the National Assembly to caution the APC Federal Government and prevent it from plunging the nation into chaos.

The party demanded reversal of the prices to avert national crisis, stating that the increase “will result in upsurge in costs of goods and services and worsen the biting hardship faced by Nigerians, who are already impoverished and grappling with high cost of living in the last five years.”

In a statement by its National Publicity Secretary, Kola Ologbondiyan, the party said increasing fuel price from N87 per litre to N151 and hiking electricity tariff from N30.23 per kwh to over N66, had left no one in doubt that APC’s agenda was to inflict pain and hardship on Nigerians to satisfy their selfish interests.

The party challenged the APC and the Buhari administration to publish parameters with which they arrived at the increase of fuel price, arguing that with the prevailing values in the international market, the appropriate price template for domestic pump price in Nigeria ought not to be above N100 per litre.

The Executive Director, Civil Society Legislative Advocacy Centre, CISLAC, Auwal Ibrahim Rafsanjani, described the decision as wicked. “This is not the right time to increase petrol pump price because it will lead to high prices of goods and services. The government should stop this price increase immediately and be sensitive to the plight of Nigerians. They are to be considerate and not to overburden the people with unnecessary increase of pump price. Countries are working hard to reduce suffering of their citizens with infrastructure and palliatives while our government is not looking at that direction. This is seriously unfair and unacceptable,” he said.

The Executive Director, Socio-Economic Rights and Accountability Project SERAP, Adetokunbo Mumuni, wonders what the present administration was  up to based on the steps it has taken in recent times that are not in the interest of Nigerian people. “Nigerian people have been traumatized with deliberate policies. I don’t know what they want Nigerians to benefit. Their policies are directed and targeted to pauperize Nigerians. I want to be sure what the government is up to. We will speak to other organizations and plan on how we will reply the government on what they have done,” he said.