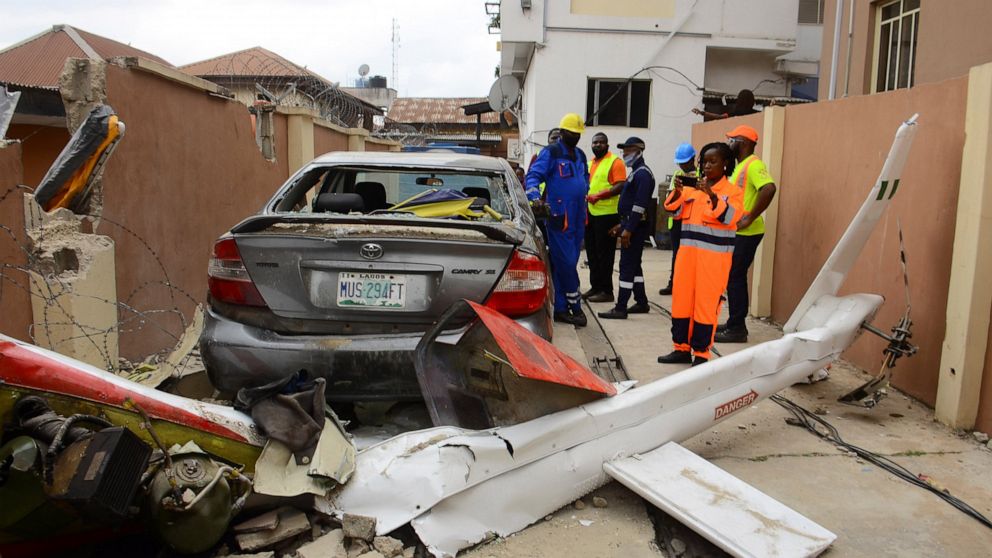 The Accident Investigation Bureau (AIB) Nigeria, yesterday, dismissed claim that it recovered the black box of the helicopter that recently crashed in Lagos, saying the aircraft had none of such.

Commissioner of the bureau, Akin Olateru, said clarifying such false assumption, among other speculations in the social media, was necessary to avert distractions and interference with the investigation procedure.

He told reporters in Lagos that the probe was ongoing and currently at the evidence-gathering phase, with the hope to release preliminary findings within the next four weeks.

Olateru said the AIB was aware of the speculations circulating in social media and other public fora with regard to the probable cause of the crash. “We would like to clarify that AIB did not retrieve Flight Data Recorder (FDR), popularly known as the black box, from the aircraft as the Bell 206 is certified at approximately 1,519kg (3,350lbs) and featured five seats. It does not meet the necessary criteria for an FDR and was not featured with one. The standard requirement for an FDR in any aircraft is 10 seats.

“It is extremely important to note that the aviation industry is the most regulated globally and its operations are regulated in accordance with the International Civil Aviation Organisation (ICAO).

“The installation and application of FDRs in aircraft is guided by ICAO Annex 6, Parts 1 and 2. The basic standards for both parts are essentially similar. Part 1 applies to commercial aircraft while Part 2 is for non-commercial operations.”

According to Olateru, “An FDR on the aircraft would have aided the investigation but our world class trained investigators are competent to retrieve information about a crash from the wreckage and several other components of the aircraft, the site of the crash, communication with the ATC, and other documents on the aircraft and the crew.”

He observed, based on findings that on August 28, 2020, a Bell 206 B III helicopter with nationality and registration marks 5N-BQW, operated by Quorum Aviation Limited, started its engine at 09:15. At 0920, the helicopter lifted off from Port Harcourt Military Airport (DNPM) for EAN Hanger at Lagos Airport.

At 11:45, the aircraft established contact with Lagos Tower, reporting maintaining 1000 ft and estimating the station at 12:18. In the ensuing communication, the pilot was advised of station weather. At 12:10, the pilot reported sighting the airfield and was instructed by Air Traffic Control (ATC), to report downwind for runway 18L.

At 12:16h, the ATC tried unsuccessfully to establish contact with the aircraft. At 12:36, ATC was informed of the crash of the helicopter by Lagos Airport fire station. At the crash site, two bodies were recovered. A third occupant was evacuated but died later in the hospital. The aircraft wreckage was also recovered and now in the custody of the Bureau.