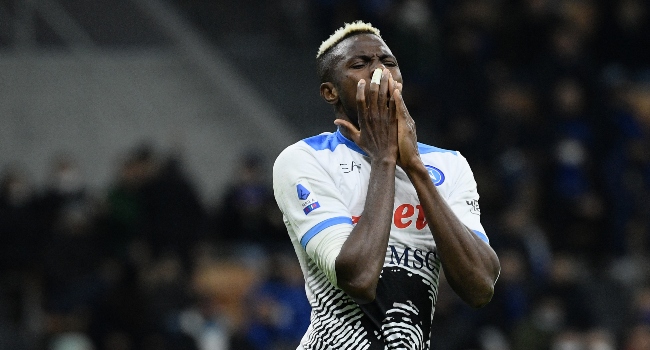 In a statement, Napoli said that tests revealed “multiple displaced fractures of the left eye socket and cheekbone”. 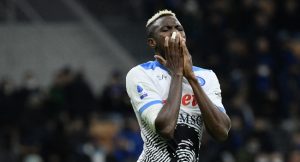 The 22-year-old managed to walk off the pitch, clearly dazed and with a swollen face, after being flattened in an aerial challenge with Milan Skriniar.

Napoli did not say for how long they expected Osimhen, who has scored five Serie A goals this season and a further four in the Europa League, is expected to be out of action.

However,Italian media report he could be sidelined for a month. That would be a major blow for Napoli’s title challenge as, assuming he recovers in time, he will be also representing Nigeria at the Africa Cup of Nations, which gets underway in early January