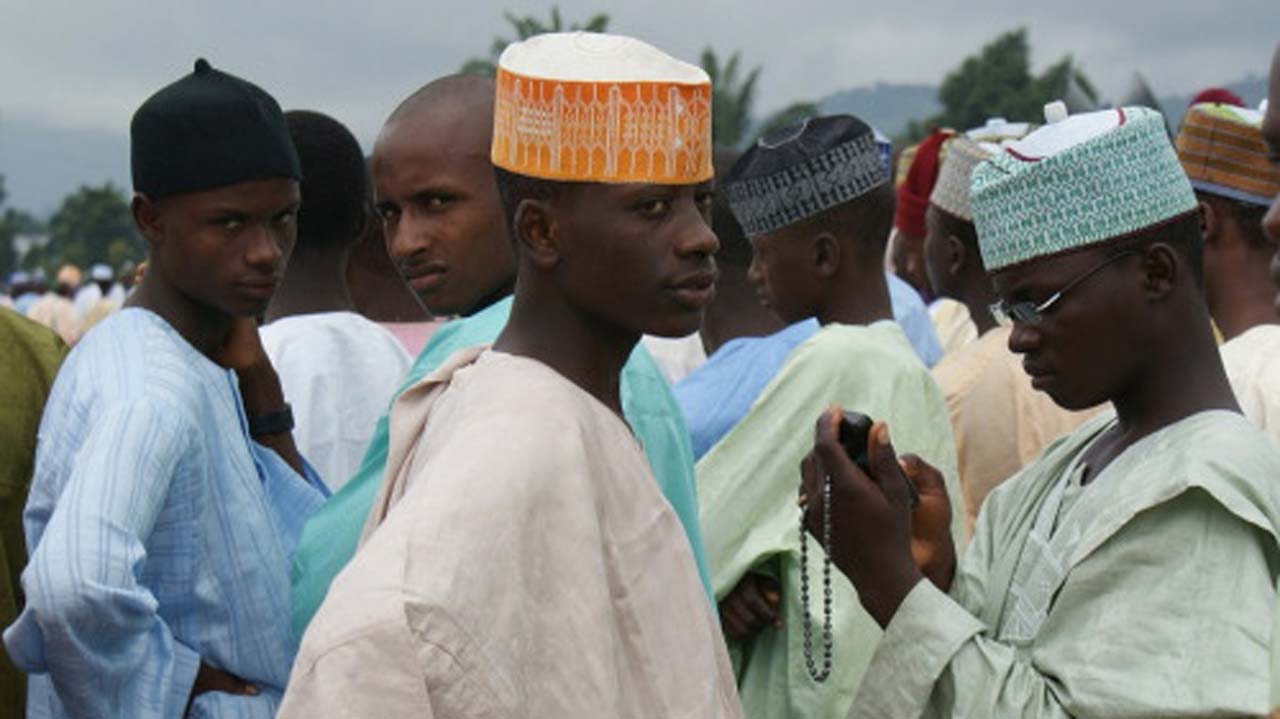 Brethren from the north, I bring you greetings from the southern part of Nigeria. On behalf of the peace-loving people of the south in general and millions of Igbo youths in particular, I start this letter by commending you for your recent open letter to the Acting President, Prof. Yemi Osinbajo, where you called on the pastor-turned politician to organise a referendum for the Igbo to enable them to determine their future in line with international laws on self-determination. 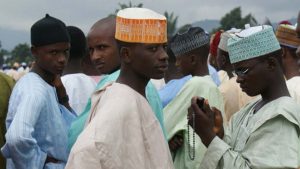 By that letter, you proved to be better versed in legal matters and ways of international laws with regard to the right of indigenous people on self-determination than many have given you credit for. Above all, your decision to resort to dialogue by writing a letter as against the option of violence is one I must not fail to commend.

Having said these, let me come to the main reason why I’m here. In your letter to the acting president, I noticed what I’ve been trying to figure out whether to classify as an innocent amnesia-induced oversight or a calculated attempt at revisionism on your part. The aim of this letter is strictly to put the record straight.

You cited the January 15th coup which you mischievously tagged Igbo coup and claimed was the Igbo manifesting their hatred for Nigeria. Quite frankly, when I read that part, I was left wondering whether to pause and die laughing or die crying. Contrary to your assertion, it was not the Igbo who manifested hatred for Nigeria’s unity. It is you and your kind who invented the word “hatred” and even went further to prove that indeed, it is not just a word. You started manifesting hatred for other Nigerians as far back as 1945 when your kind killed hundreds of innocent southerners mostly Igbo in the north central Nigerian city of Jos in an anti-Igbo pogrom, 15 years before Nigeria even got her independence from Britain. And of course, you would later rise again in search of more Igbo blood in 1953 when your people carried out another anti-Igbo pogrom in Kano which resulted in another hundreds of Igbo lives being wasted once again. This time, all you needed was a minor legislative disagreement at the Lagos parliament where your lawmakers were booed for trying to delay a motion for Nigeria’s independence by claiming the north wasn’t yet ready for self-rule.

Isn’t it a classic definition of irony that a people who started doing exceptionally well in the business of killing and maiming their fellow Nigerians as far back as 1945 when Nigeria had not even dreamt of gaining independence would now open their mouths and accuse others of manifesting “hatred for Nigeria’s unity”? If you ever believed in the so- called Nigeria’s unity, why kill and maim your fellow Nigerians for the flimsiest of excuses? Funny enough, it was your people who first romanced the idea of seceding from Nigeria in a movement that was popularly known as “Araba”.

Secondly, the January 1966 coup was not an Igbo coup. It was a coup carried out by mostly junior army officers led by Major Kaduna Chukwuma Nzeogwu and it had soldiers from Igbo, Yoruba, Hausa/Fulani, Tiv, Esan, Ijaw, Urhobo, Bali etc on board. Hassan Usman Katsina, an Hausa/Fulani, who was later made military governor of northern region, was Nzeogwu’s right hand man and a major participant all through the period of the coup. Major Adewale Ademoyega, the author of Why We Struck was of the same rank as Nzeogwu. He was an active participant in the coup. There were Major Ifeajuna, Lt. Fola Oyewole of The Reluctant Rebel, Lt. Tijani Katsina and Saleh Dambo who were both Hausa/Fulani, there was Lt. Hope Harris Egheagha among other Igbo. And that same coup was foiled by two brave Igbo men, Aguyi Ironsi in Lagos  (West) and Ojukwu in Kano (North).

Now, assuming without conceding that the January 15th coup was organised and executed by only Igbo army officers, does it not still amount to standing decency on its head for anyone to blame the whole Igbo nation for a coup carried out by few military men from the region?? How can anyone seek to justify the savagery visited on defenceless Igbo men, women and children residing in the north in the aftermath of that coup? Did Nzeogwu who was from Delta State consult the indigenes of the state before leading that coup?

How come we don’t blame Dimka’s coup on his ethnic group neither do we blame IBB and Buhari’s coup on the whole Hausa/Fulani?

Let me quickly remind you that in the evening of the January 15th coup, a Boeing 707 belonging to the Nigerian Airways arrived in Kano with almost the whole northern establishment back from Lagos where they had gone to attend Commonwealth Prime Ministers’ conference. Ojukwu, it was, who received them at the airport and even when orders from the coup plotters were to shoot all politicians, Ojukwu gifted them with protection. If there were a consensus among the Igbo to eliminate northern leaders, this would have been a golden opportunity. Yet, Ojukwu ensured they were safe all through the period.

In the said letter, you correctly stated that Ojukwu refused to recognise Gowon but you mischievously failed to state that Ojukwu’s refusal to recognise Gowon was in protest over the refusal of the Hausa/Fulani military officers who killed the Head of State, Aguyi Ironsi, to allow Brigadier Ogundipe to take over as the next in rank according to military tradition.

Still in that same letter, you stated that Ojukwu declared Biafra but you conveniently failed to tell the public that Ojukwu didn’t just wake up in the morning, smoke his Benson cigarette and rushed to declare Biafra. He (Ojukwu) did his best to de-escalate tension and even succeeded in reaching a landmark accord with Gowon in Aburi, Ghana, which if implemented, would have put an end to the Igbo genocide going on in the north and averted the moral tragedy that was the Biafra war.  But, Gowon, unilaterally chose to defy the terms of this last-minute Aburi Accord, leaving the Oxford product, Ojukwu, with no choice but to pull his people out of a country that refused to protect them.

Let me quickly say this not just to you, the Arewa youths but to all Nigerians and foreigners alike:This current Biafra agitation is not a bait for Igbo presidency, restructuring or appointments. It is a cry against institutionalised marginalisation and state sponsored killing being perpetrated against the Igbo by a country that was and still is, deaf, dumb and blind to the sanctity of the lives of the same people it exists mainly to protect.

My generation is simply sick and tired of being in a country where they are killed over the flimsiest of excuses such as the burning of the Koran in a far away Afghanistan, the shooting of a Palestinian boy by a murderous Israeli soldier in Gaza, the drawing of the cartoon of Prophet Muhammad in far away Denmark by a cartoonist who is neither Igbo nor Nigerian etc.

Igbo youths are not aggrieved with Nigeria solely because their parents were massacred in the Biafra war. We are aggrieved because almost 50 years after the war, the same people who killed our parents are still killing us even in our homes using Fulani herdsmen, in our churches and cities using soldiers trained and equipped with tax payers money, and our places of business using almajiris who slaughter us and burn our shops with state-sponsored impunity for no just cause other than the insatiable urge to spill blood.

My fellow youths, we have lied to ourselves for far too long. How about a little honesty here? All these killings point to one thing which is that our worldviews are world apart. If we cannot stay together as a country, we can always go our separate ways but it has to be in peace. No one wants war. War is an ill-wind that blows no one any good.

I love the concluding part of your letter where you rightly asserted that the Biafra agitation is not an issue over which a single drop of blood should be shed. We agree completely. We have all advanced beyond the primitive era of war. We are not asking for war. We are only asking that since the Nigerian state has repeatedly proven her unwillingness to treat us as equal partners in the Nigerian experiment, we demand to be ‘gifted’ with a YES or NO vote known as referendum to enable us to decide our future.  Rather than merely mouthing off quit notice, prevail on your leaders who control every facet of the Nigerian government to allow for a plebiscite for the Igbo.

After they have voted and the YES vote carries the day, you can then give Igbo living in your region whatever condition under which you want them to live if they still want to continue living in your midst.

Dishing out quit notice to Igbos residing in your region when they are yet to be officially granted their referendum and Biafra is only tantamount to putting the cart before the horse. Until the Igbos officially get their Biafra, they remain Nigerians with all the right and privileges of Nigerian citizens including the right of living and doing business anywhere in Nigeria.

Lastly, let me conclude by reminding you that even in the event of a successful referendum for Biafra, all property legally acquired by the Igbo anywhere in Nigeria remain theirs and are protected by international laws. Nigerians did not lose their property in Britain when the latter granted her independence in 1960, did they? The world has progressed considerably. I would remind you that the ‘abandoned property’ era is over but I’m sure you already know that, don’t you?

Instead of killing ourselves and creating IDPs everywhere, let us peacefully do “To Your Tent, Oh, Israel!” That way, we will still do things together but as good neighbours under mutually agreed terms.