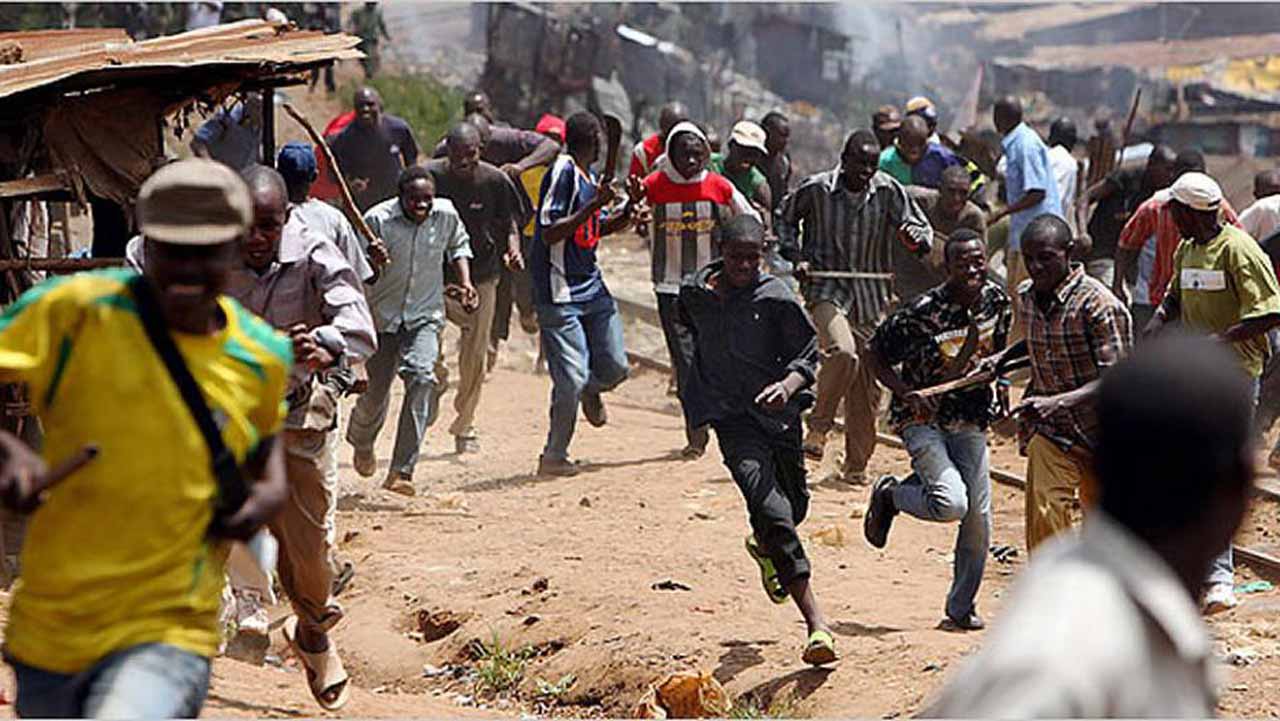 There was pandemonium in the Ibafo axis of Ogun State on Tuesday as soldiers and suspected cultists clashed.

It was gathered that one soldier was shot during the clash.

When our correspondent visited the area around 7 pm, the ever-busy Ibafo market and bus stop were deserted.

As a result of panic created over the clash, commercial vehicles also failed to offload passengers at the Ibafo bus stop.

It was learnt that the fight started when internet fraudsters clashed in the area over a yet-to-be-ascertained issue. 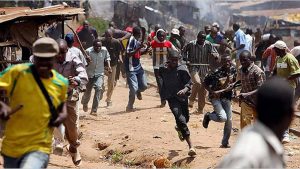 While one of the fraudsters invited cultists to defend him, the other was said to have called soldiers.

Another trader confirmed that one of the soldiers shot his colleague while trying to disperse the cultists.

“We all ran away when the soldiers’ patrol vehicle came. We thought they came to attack us,” the trader added.

When contacted on the telephone, Oyeyemi explained that calm had returned to the area.

He denied reports that Hausa traders stabbed a soldier to death in the area, noting that the shot soldier was immediately rushed to the hospital.

However, Oyeyemi could not ascertain if the shot soldier survived.

He said, “There was a crisis between Yahoo Boys. One went to bring cultists and the other was said to invite soldiers to defend him. A soldier was shot and rushed to the hospital.

“No one reported the case at the police station. The soldiers were said to initially come in their private car before a patrol team came and left afterwards.

“Police have visited the area and everywhere is calm as we speak.”

This is coming four days after two persons were killed in a crisis that erupted in the Mowe-Ofada area of Ogun State.

We gathered that the violence in Ogun State started late last Thursday and snowballed to Friday morning.

He said the violence was caused by a clash between two rival groups.

Oyeyemi had said, “It is a fight between two rival groups. One of the cultists was killed yesterday (Thursday) but the situation has been brought under control. We have arrested a suspect in relation to the violence.”

Eyewitnesses told our correspondent that many traders were scared to open their shops.

One of them, Titi, said, “A dead corpse was found around the Mowe area on Friday morning. We are being careful. Many of us are yet to open our shops. Everywhere is scanty.”

Another trader at Mowe said, “The boys are fighting. Police came to send them away but we have not started selling. Everywhere is scanty.

“They started the fight yesterday evening and continued this morning. Two people were killed at Adesan and Onibode junction.”