I have seen several analysis about how 970 people were in the train but only 350+ tickets were accounted for. Another narrative goes that about 400 people got on the train and ‘only’ about 60 people are unaccounted for.

For one, it is a shame that that sector was hanging on a thread, until this attack. So it was so easy to unravel everything, all the billions spent, all the hopes and dreams, all the claims to fame of the Buhari government in the rail sector. 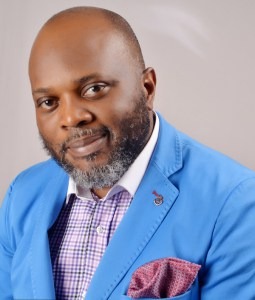 But whodunnit? Who is to blame? The government. Amaechi especially. He it was who justified all the borrowings that gave us a fragile rail sector. And what is the point of borrowing money to build something halfway? For without adequate security, you have only done half work. And indeed no other rail system is safe in Nigeria given the modus operandi of the attackers. In this porous country where anyone can come in and go out easily? Where anyone can wreak havoc and disappear into thin air? Is there any guarantee for the Lagos-Ibadan rail? Or we are just hanging onto faith? Riding that route to Abeokuta the other day i found it is even more open to breaches. The crowd along that route is denser. The train passes through several markets especially at the Lagos/Agege/Sango end. In many areas people just sit on the tracks. The tracks are also a favorite place for traders. And the filth you see! Dumping grounds everywhere. I noted that riding that route is not particularly a good advertisement for who we are as a people. What is to stop anyone surprising us one day? We can see that those in government, in the security services, are not thinking of this… just as they never thought of the possibility of some crazy young boys derailing the Kaduna bound train and going straight for those in the VIP coach. How did they know which coach was VIP? From all accounts, these merciless boys were aged between 17 and 19, spoke some variant of Fulfulde and Arabic and also chanted God is Great (a factual chant that some choose to use to justify evil).

But again, whoddunit? Who did the fraud? Who does all the frauds? Yes, government. That Okhiria guy that heads up the NRC has never come through as smart to me. So, for a long while ticketing was manual. You had to know someone in the station. Those workers made brisk business, hoarded and inflated those tickets. Then after much outcry, there was some improvement, some will say half-hearted. A Nigerian’s mind is never fully off the egunje. All of us seem to wake up daily chasing extras even when we have enough. Even our sufferings are quite exaggerated. Many Nigerians will complain about how bad the country is if they dont have enough money to go and flex in their in-law’s house, or to go and spray in a nightclub. If it was to feed, and subsist, those plastics that i see on the roads will not be there. People will convert everything they see lying fallow, into money.

An honest analysis will show that it is lazy to say we have a leadership problem. The leaders come from amongst us. The leaders are us. The politicians in office, are us. If they are lazy, myopic, nepotistic, vain, deceptive, selfish, greedy, i believe it is because that is how the rest of us are. A fruit does not fall too far from the tree.

The leaders of today were once among those small workers who inflate tickets. Go to a bar in Nigeria today and there is every likelihood that the bar girls and boys want to add something fictitious to your bill. Emply anyone in your business and if they have access to money, 90% chance they will steal your money. It is like this in every sector, and whereas some parts of the country laid claim to some higher degree of integrity, today, it is a pan-Nigerian problem. Young and old, men and women, almost no Nigerian can be trusted. Most of you reading and commenting here on social media are in the same backet. Prove yourself.

That is why Nigeria is the ONLY country on earth that cannot organise its airports. The other day after claiming my baggage at Abuja airport, the first person that greeted me was hustling for taxi, right inside the terminal. You come out and there are 2,000 people dragging you everywhere and passing unnecessary greetings. The immigrations guys and other personnel are still there trying to extort passengers. Cleaners in our airports leave their jobs and start carrying luggage for passengers. Some sell yellow fever cards or now COVID-19 vaccination cards from inside the toilets. This is why i try to refocus us on honest work, not sport betting or crypto trading (which is also gambling). But do our leaders know any better?

Are we the only ones with problems? Is Nigeria the only country with a bad economy? In fact, we are doing better than many, especially here in Africa. I am not saying we should aspire to be better or to have more, but at some point we need to rein ourselves in. We are a deluded, undisciplined, unruly, and indeed dishonest lot. People no longer want to do honest work to survive. Everybody is ‘hustling’. The focus of society – through her movies and music – is all about getting money. We are now globally famous – for cyber fraud, drug pushing, and lately, ritual killing for money purposes. It is just unfortunate, that the leaders we keep producing from amongst us, have only exacerbated the crisis. They reinforce the cycle of mediocrity and thievery. For how long have i humbly advised government on the need for reorientation and mass mobilization? But because of the chicken and egg issue, nobody listened. Those who should implement such policies are deep into the malaise. The ‘honest’ general and the ‘holy’ pastor prof proved a monumental disaster.

Something, someone, needs to slow down this country on its path to self-destruction. We still have a tiny thread holding us from Hades. Can we get lucky?