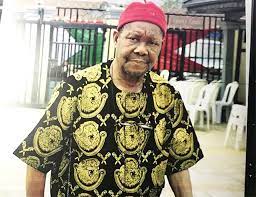 When I left Mbaise Homeland for the University of Nigeria Nsukka, something happened that dampened my earlier enthusiasm of leaving perpetual ‘jambing’ to become an undergraduate.

I wanted to travel on a Saturday, use Sunday to roam around and get acquainted as I still need to sort my accommodation with student’s affairs before classes start Monday. Thus squatting at Akintola Hall was preferable than staying at Prof’s place.

But my Father would not have any of that, he said it was a waste of money that I should hang around till Sunday so I will join Tim (Prof. Nwala) back to Nsukka.

My father idolized Prof. Nwala even though he was about a decade older than him. And he made sure five of his children that went to Nsukka experienced the mentorship of Prof. Nwala, one way or another. Prof is a pride to the Mbaise community and he is a reference point for erudition and scholarship, yet very traditional and culturally rooted.

That trip was uneventful in that I could not keep up with the conversation from Prof. However, I loved sitting in front of his very powerful BMW 520i ( 1986) as it surges through space showing other road users why it is the ultimate driving machine and the king of ergonomics.

As we hit the Umuahia-Okigwe axis of the Enugu-Port Harcourt Expressway, the BMW surged forward, effortlessly dusting every other car on the road while hugging the road so tight as if searching for a pin in a haystack.

Prof. is a storyteller, and every good teacher is. Something I learnt from my maternal grandfather, he can hold you spellbound till you forget yourself.

He told me how he came to Nsukka and ended up studying philosophy as the first and only graduate of the department (becoming a one man class in 1967), and how he developed and introduced African Philosophy as a teaching course.

Inspite of my highly inquisitive mind as a teenager, the idea of African philosophy was beyond me at the time, but I listened because he was a Marxist and from time to time brings in global geopolitics into the discourse, which tickles my interest.

If you passed through University of Nigeria during the 30 years Prof. Nwala taught there, and you did not know him personally, I would say it is a personal loss because he is a student’s teacher, someone who is so approachable that his office used to be perpetually open.

Ordinarily, the headquarters of the National Youth Service Corps (NYSC) should be named after him because it was his idea that metamorphosed into what we have today as the NYSC.

If you are close to him, you would have heard his Biafra War experiences. So immediately after the war, he left the village (Mbaise) to Enugu where he founded a movement called State Volunteer Service Corps (SVSC), under the auspices of the State Rehabilitation Commission, of East Central State.

He was formally appointed its Chairman of the SVSC by Ukpabi Asika who mobilized the unemployed graduates, undergraduates and school leavers throughout the State; they in turn had to mobilize the people in a state-wide programme of Reconstruction, Rehabilitation and Reconciliation.

On September 30th, 1970, he led a delegation of four persons to Lagos and Ibadan to campaign for a National Youth Volunteer Services Programme involving the youths of Nigeria in order to promote national reconciliation and integration.

They submitted a memorandum to the Government of Yakubu Gowon urging for the setting up of a National Youth Volunteer Programme for the entire country. General Gowon’s Government expressed appreciation of the initiative and achievements by giving a grant of £75, 000 (seventy-five thousand pounds) to the Asika Government of east Central State.

Eventually General Gowon set up a Committee on the Memo which eventually recommended the establishment of the NYSC as it is today. This was how the East Central State Youth Volunteer Services Corps (ECSYVSC), became the forerunner of the National Youth Services Corps (NYSC).

Why wouldn’t Nigeria and NYSC honour such a man?

His activism did not go down well with both the federal government and authorities of university of Nigeria Nsukka, he was denied his professorship for decades until it was about becoming irrelevant.

During his Inaugural Lecture in 2007, titled “The Otonti Nduka Mandate: From Tradition to Modernity” he lamented how the university authority almost treated him like a pariah, denying him of his dues for decades.

That was why it was heartwarming to read in the news that the Department of Philosophy at the University of Nigeria, Nsukka (UNN), has concluded plans for the establishment of a Research Centre on African Philosophy in his honour, to mark the birthing of the study of African Philosophy as a field of study in the curriculum of the global University system.

The event is one of the activities lined up to celebrate the 80th birthday of Prof. Timothy Uzodinma Nwala who pioneered the teaching of African Philosophy in UNN and made it an internationally recognised discipline.

Former Governor of Anambra State, Mr. Peter Obi, a former student in the Department under Prof. Nwala, was the Special Guest of Honour, while the Chairman of the Occasion was the former Governor of Enugu State, Dr. Okwesilieze Nwodo. Peter OBI promised to make contributions towards building the Centre.

A former President of the Nigerian Philosophical Association (NPA), Prof. Nwala is generally regarded in academia as the father of African Philosophy.

Nwala was the pioneer Executive Secretary of the Academic Staff Union of Universities (ASUU), from 1980-82 and was an elected member of the Constitutional Conference(1994-95) where he worked closely with former Vice President, Dr. Alex Ekwueme to create the Institute of Civil Society and to organize the G-34 document which was the prelude to the ouster of military dictatorship and restoration of democracy in Nigeria.

-A Philosopher and Statesman!

-A Rebel Against the Forces that Steal the Peoples’ Honor!

-A Strategist of the first Rank!

-A Patient Climber that reaches his Zenith, despite all odds!

-With A Prodigious Mind that flows from Theory to Action!

– And back Again to Theory!

-An incarnate of the spirit of Universal and National Culture!

Ikenga, who epitomizes the wrestles, courageous and enterprising spirit of his people,

Kelechi Deca is Editor-in-Chief of The Economy Magazine.