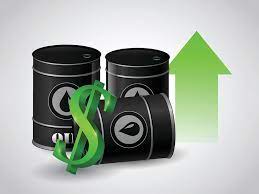 Oil prices edged higher over the weekend, with global benchmark Brent posting a fourth monthly gain, with demand growing faster than supply and vaccinations expected to alleviate the impact of resurgence in COVID-19 infections across the world.

Both benchmarks notched gains of more than 2% for the week, while Brent rose 1.6% in July, its fourth straight monthly increase. WTI was unchanged for the month.

Even with coronavirus cases rising in the United States, all around Asia and parts of Europe, analysts said higher vaccination rates would limit the need for the harsh lockdowns that gutted demand during the peak of the pandemic last year.

“The oil complex has apparently taken a second look at the coronavirus factor in determining that demand will see only a modest reduction, at least one that will prove miniscule in relation to last year’s plunge in consumption,” said Jim Ritterbusch, president of Ritterbusch and Associates in Galena, Illinois.

Analysts pointed to a rapid rebound in India’s gasoline consumption and industrial production following its COVID-19 surge as a sign that economies are more resilient.

“Demand is on the rise, consumption is on the rise. Of course, the coronavirus is still there but … there are no such lockdowns as there were before,” he told reporters.

Chevron said it expects to add at least one or two rigs in the Permian basin in the third or fourth quarter and said it was seeing demand for most products, other than international jet fuel, starting to return to pre-pandemic levels.

The number of U.S. oil rigs has risen for 11 straight months, but fell two to 385 this week, data from energy services firm Baker Hughes showed.

“Big oil is not ramping up spending in new wells and focusing on debt reduction, which should keep OPEC+ happy with their steady plan of increasing output,” Edward Moya, senior market analyst for the Americas at OANDA said.

“OPEC+ is not losing market share to the U.S., which should mean the oil market is still poised to go much higher.”

A Reuters survey found OPEC oil output rose in July to its highest since April 2020, as the group further eased production curbs. U.S. crude production rose just 80,000 barrels per day in May to 11.23 million bpd, according to a monthly government report.

Still, oil prices will trade near $70 per barrel for the rest of the year supported by the global economic recovery and a slower-than-expected return of Iranian supplies, with further gains limited by new coronavirus variants, a Reuters poll showed.