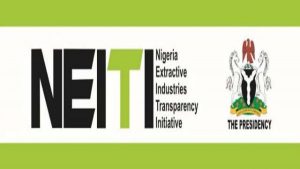 NEITI, in its 2019 oil and gas audit report released recently, said the company over-reported the losses due mainly to faulty metering facilities, in addition to theft and sabotage.

According to NEITI, companies reporting crude losses higher than fiscalised production implies that the Federation is losing benefits from the production arrangement.

On the other hand, Shoreline Natural Resources, the NEITI report stated, reported crude oil loss of 7.474 million barrels in 2019, which is 153.12 per cent of its fiscalised production of 4.881 million barrels.

The DPR, according to NEITI, explained that measurement error refers to losses due to application of Estimated Meter Factor, nonapplication of Volume Correction Factor (VCF) determination and/or improper determination of Base Sediment and Water (BS&W), noting that monitoring of the situation was ongoing.

However, NEITI said: “DPR should ensure that terminal operators take necessary steps to remedy the situation so that losses from metering can be eliminated or minimised.”

The NEITI report noted that a total of 250.7 million barrels of fiscalised crude oil production was recorded in 2019, out of which 42.25 million barrels was lost to metering errors, theft and sabotage, representing 16.85 per cent of total production output.

This amount, the report noted, was in addition to the N31.84 billion the country recorded as crude oil and petroleum product losses in the year under review.