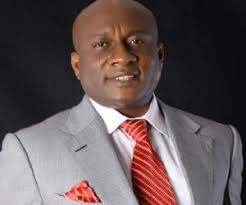 The OhanaezeNdigbo on Tuesday said it was worried about the United States (U.S.) indictment of Air Peace Chief Executive Officer Allen Onyema and the plan to probe him in Nigeria.

Also, Movement for the Actualisation of Sovereign State of Biafra (MASSOB) said the allegations are part of an ongoing plot against the Igbo.

He said in a statement: “We, the leadership and membership of OhanaezeNdigbo, are deeply worried about the sudden unfolding travails of our illustrious son, a great Nigerian, aviation investor and Chief Executive Officer, Air Peace, Chief Allen Onyema.

“We are quite aware of his huge investments in aviation that have repositioned the sector for efficiency and provided employment for the teeming unemployed Nigerians.

“We are also aware of his unparalleled magnanimity that helped save the lives of many Nigerians at the height of xenophobic attacks in South Africa.

“We wish him well in his ordeal and hope that he will get justice at the end.”

MASSOB accused the Federal Government of being behind Onyema’s travails.

It said the indictment and probe by the Economic and Financial Crimes Commission (EFCC) were not only a witch-hunt but persecution.

He said: “There are lots of prominent people in this country whom the civil society organisations have even petitioned the EFCC against over alleged money laundering and the commission has not probed them.”

Uwazuruike, who is also the leader of the Biafran Independent Movement (BIM), alleged that the probe was masterminded by the Federal Government, but he did not promote any evidence. As per the US Department of Justice indictment, the EFCC has set up a special panel to probe the allegation of $44.9 million wire fraud and money laundering against Onyema.

He said: “I am an Igbo and it is my responsibility to defend Igbo which Onyema is one.

“We have been pushed to the wall by the Federal Government and Onyema’s case will prove a point. So, he should not be intimidated, but must remain firm.”