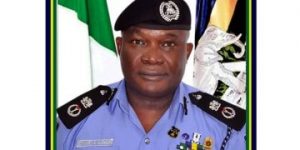 An Ogboni (cult) chief based in Ikirun, Osun State, Ifadare Afolabi, and his friend, Ifaseun Afolabi, a herbalist, have been arrested for allegedly conspiring to kill a 35-year-old man, Ayoade Fasesin, and using his body parts for ritual purposes.

Ifadare, who explained that the deceased was a client of Ifaseun, and had approached the herbalist for money ritual, blamed his action on a strange spirit.

Speaking to journalists when he was paraded by the state Commissioner of Police, Wale Olokode, in Osogbo on Saturday, Ifadare said he used the victim’s head and legs for a charm to draw clients to his temple in Ikirun.

He, however, lamented that the charm did not work, as his temple did not see an influx of people as he expected.

He said, “It was my first time of doing such a thing. I am an Ogboni chief. I can’t just explain how it happened. It was as if we were attacked spiritually and made to misbehave. I used the head and legs of the deceased for a charm to draw clients to my temple, but it failed. Ifaseun kept other parts and gave them to people who needed them.

“I can’t explain why the charm did not work. I didn’t know the victim before we used him. I have never used any human part before. I just attempted it. I planned the killing with my friend, Ifaseun.”

Giving more details about the crime committed by the two men, the police commissioner said on May 24, the victim’s mother informed the police that her son, Fasesan, was missing.

“Upon the receipt of the report, police detectives from the anti-kidnapping unit swung into action and conducted a diligent intelligence-led investigation, which yielded result with the arrest of Ifaseun Afolabi. The suspect, who initially denied having knowledge of the whereabouts of the victim, but confirmed that he knew him, finally confessed to have conspired with two of his cohorts, Ifadare Afolabi and one Taiwo to kill the victim.

“They also confessed to have butchered and sold the heart to Adeleke Kabiru at the cost of N15,000, while the head, leg and wrist were sold to Adeleke Kabiru, Oloyede Maruf, Oseni Mukaila and Badmus Sairu. In view of these facts, the investigation team took immediate action and succeeded in arresting all the suspects mentioned, except the said Taiwo, who is now at large.

“The principal suspect led detectives to the Fidibomi area of Ikirun, where the victim was killed, butchered and the remaining parts buried. The remains of the deceased were exhumed and taken to the UNIOSUN morgue for autopsy, where the mother of the victim identified the last clothes worn by her son.”

The police boss, who assured that the suspects would be arraigned as soon as investigation was concluded, added that efforts were ongoing to apprehend the fleeing suspect.