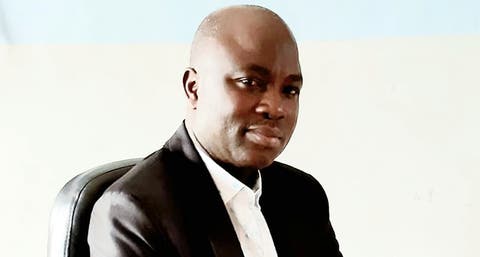 As the All Progressives Congress may by now be counting its losses in the Saturday’s Edo State governorship election, we, the ‘grammar party’, too have a few losses to enumerate. As controversies raged over the poll, some errors associated with electoral battles surfaced. The most guilty are online debaters, who seem to habitually care less about the manner of their presentations once the matters are relayed.

One of the poor usages has got to do with ‘lose’ and its vocabulary family. In an instance, someone wrote on Facebook, ‘If he looses the election…’ The question is: was the election a goat or ram tied to a pole or tree, which the candidate now had to ‘loose’? The lesson there, however, is that, as we have regularly noted in this class, we all need to master the various forms of ‘lose’ (and ‘choose’) because they can easily be confused with one another. The correct word in the injured expression is ‘loses’, not ‘looses’ – If he loses the election…

To lose means to have something taken away from one, to misplace something, have less of what one had before etc. Used in the singular sense, it becomes loses, while it is lose in the plural context. The continuous form is losing, indicating that there is no circumstance it features ‘oo’ when talking about a loss:

If he looses the election, he will have himself to blame. (Wrong)

If he loses the election, he will have himself to blame. (Correct)

They may loose this election to Obaseki. (Wrong)

They may lose this election to Obaseki. (Correct)

I have a feeling that they are loosing this election. (Wrong)

I have a feeling that they are losing this election. (Correct)

It is now clear that they have loosed the poll. (Wrong)

It is now clear that they have lost the poll. (Correct)

Note that ‘loss’ is a noun, suggesting that it should not be used as a verb, as some do:

We will not loss anybody during the election. Can somebody shout, ‘Amen’? (Wrong)

We will not lose anybody during the election. Can somebody shout, ‘Amen’? (Correct)

Before we move on to the next word thoroughly abused in the past few days, I should quickly add that, for the APC, the Edo election is not a ‘lost battle’. Rather, it is a ‘losing battle’. The latter sounds less familiar, if not awkward, but it is the correct expression, with the popular one (lost battle), actually being in wrong in the idiomatic sense many generally use it.  Why and how? The simple fact is that, in English, the right idiom meaning ‘a struggle that seems certain to end in failure’ is ‘losing battle’, not ‘lost battle’. Don’t forget that there are many idioms that have been bastardised over time, and we have highlighted some in this class. Remember, ‘snake in the grass’ instead of ‘green snake under the green grass’, more power to your elbow, instead of more grease to your elbow.

According to Cambridge Dictionary, to fight a losing battle is to “try hard to do something when there is no chance that you will succeed.” Consider these examples:

Oshiomhole should have known that, based on what he had said about Ize-Iyamu before, he was fighting a losing battle trying to sell him to the voters later. (Wrong)

Oshiomhole should have known that, based on what he had said about Ize-Iyamu before, he was fighting a losing battle trying to sell him to the voters later. (Correct. Note that this is just a grammatical example, not a political one).

The collective noun, ‘electorate’, has also suffered assault over the Obaseki-Ize-Iyamu fiasco. As a collective noun, the word does not need an’s’, though it selects plural verbs. ‘The electorate’ refers to all the voters in a country or particular community. A single person casting his vote is a voter, not an electorate. It is a combination of all of the voters that is referred to as the electorate. The expression is thus in the same family as staff, personnel, and clergy, which encompass all the people in their various classes. Unfortunately, ‘electorate’ is being misused by some chaps the way the other collective nouns are often mishandled:

The electorate has spoken in Edo. (Correct)

A staff of INEC wants to speak with us. (Wrong)

An employee (or official) of INEC wants to speak with us. (Correct)

When you want a word that sounds more powerful than ‘candidate’, do you too go for ‘flagbearer’? Well, some opt for ’standardbearer’. In the case of the governorship candidates in Edo, do the two words mean the same thing? Could they both describe an Obaseki or Ize-Iyamu?

To start with, both are compound words that all lot of authorities prefer to hyphenate thus: flag-bearer, standard-bearer. Secondly, although they are synonyms in some contexts, standard-bearer is more appropriate to replace ‘candidate’ in the party politics arena.

Here are their meanings and uses, according to notable dictionaries:

Flag-bearer (according to Oxford Dictionary):

A person who is responsible for carrying the flag of their country at a ceremony, particularly at the opening or closing of an international sports contest:

He will perform his duties as flagbearer for Slovakia during the opening ceremonies.

The second meaning given by the dictionary, which some others also feature, is ‘A leading figure in a cause or movement’, with the example: She has become a flagbearer for abuse victims. It is this meaning that makes it a synonym of standard-bearer.

Standard-bearer (according to Cambridge Dictionary)

A person or thing that seems to lead a group of people having similar ideas or moral opinions:

Mr Evehart wants Caltech to be the standard-bearer for excellence in scientific research of all kinds.

Here is the second meaning, however: A person who leads a group or a political party.

Oxford Dictionary also defines standard-bearer as a soldier who is responsible for carrying the distinctive flag of a unit, regiment or army. Secondly, it defines it as a leading figure in a cause or movement. Two of its examples, in the latter sense, are:

The announcement made her a standard-bearer for gay rights.

The 73-year-old Republican standard-bearer took time out of his busy campaign schedule last week to search for those roots.

Lastly, although ‘flag-bearer’ also means a leading figure in a cause or movement, it is ‘standard-bearer’ that is more identified with political candidature. So, it is, in the context, more appropriate than ‘flag-bearer’:

Obaseki was the standard-bearer for PDP.

Ize-Iyamu, the standard-bearer for APC, has congratulated Obaseki.