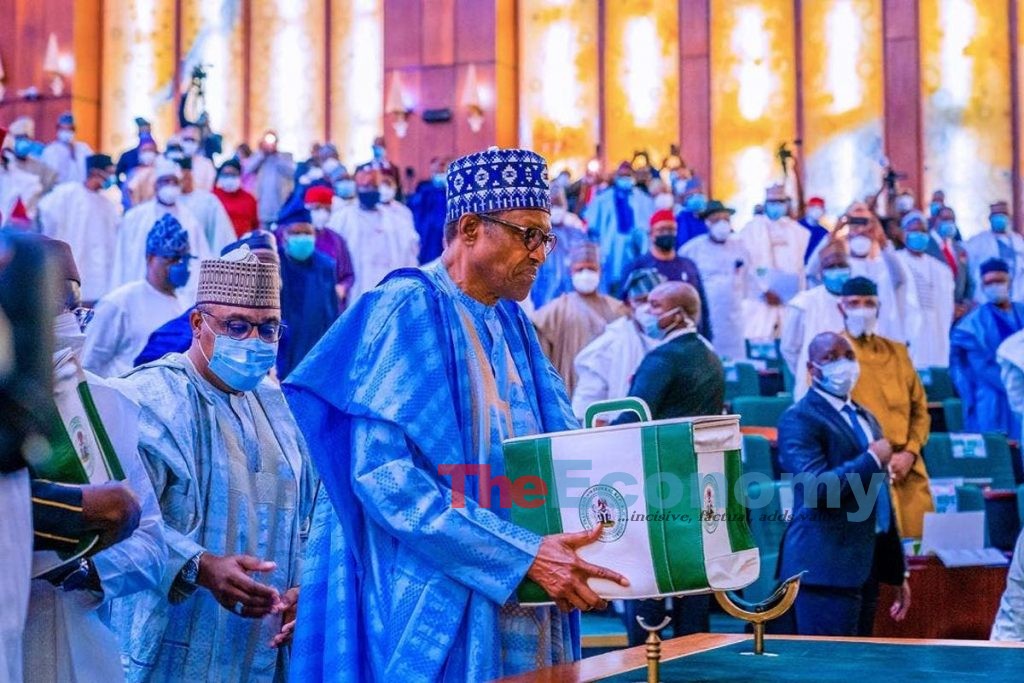 About a quarter of Nigeria’s 2021 budget will be funded by loans.

While many Nigerians have demanded a reduction in the cost of running the government, especially the legislature, as the country battles with reduced income, the National Assembly increased its 2021 budget by N6 billion.

Nigerian lawmakers are among the highest paid in the world, earning millions of naira monthly as allowances separate from their salaries. 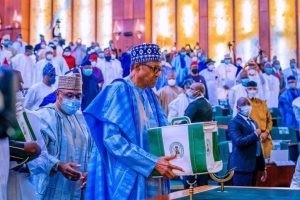 Although they keep details of such allowances secret, the details were provided in 2018 by a then senator.

Senator Shehu Sani, who represented Kaduna Central in the senate between 2015 and 2019, revealed that he and his colleagues received N13.5 million monthly as “running cost. Mr Sani said that the running cost does not include a N700,000 monthly consolidated salary and allowances which they also receive.

Such ‘running cost’, which is not approved by RMAFC, the government agency responsible for fixing salaries and allowances of public officials, may be among the items increased by the current National Assembly.

However, determining the exact amount allocated for the ‘running cost’ in the 2021 budget of the National Assembly may be difficult even as the assembly finally disclosed ‘details’ of its 2021 budget.

Just as was done by the National Assembly under Bukola Saraki, when Mr Sani was in the Senate, the current National Assembly did not specify details of the amount to be spent on the ‘running cost’ in the budget.

A few days ago, lawmakers of both the Senate and the House of Representatives held special plenary sessions with the sole aim of passing the 2021 budget – which they did.

The newly passed budget has an increase of about N505 billion. About a quarter of the budget will be funded by loans, indicating the income challenges the government faces.

One of the categories of the budget is Statutory Transfers (a category to which the National Assembly’s budget falls), which was pegged at N496.5 billion.

Of the N496.5 billion that was approved for Statutory Transfers, a total of N134 billion was budgeted for the National Assembly for the 2021 fiscal year. This is contained in the budget document.

This shows an increase of N6 billion to the N128 billion proposed by President Buhari. This is also despite the fact that the president had initially increased the National Assembly’s budget from N125 billion in previous years, to N128 billion for 2021.

The ninth assembly has now attempted to make public, details of the 2021 budget of the legislature.

“It is because you people asked for transparency,” Mr Jibrin told journalists shortly after the budget passage on Monday.

The breakdown shows details of allocations made to different segments of the legislature ranging from the two chambers to the National Institute for Legislative and Democratic Studies (NILDS).

Of the N134 billion, the House of Representatives is to get the biggest share of about N52 billion while the Senate will get N33.2 billion.

While many have commended the ninth assembly for publishing the details of its 2021 budget, others have faulted the missing line items in the budgetary allocations.

Over the years, there have been calls to previous assemblies for transparency in their annual budgets. Both individuals and civic groups berated lawmakers for shrouding their appropriations in secrecy. One of such calls came from BudgIt, a civic group focused on simplifying budgetary information for Nigerians – through a campaign tagged #OpenNASS.

This call prompted the former Senate President, Bukola Saraki, to publish details of the legislature’s budget in 2017 but that was the last of it. The National Assembly returned to its ‘secret mode’.

It is also pertinent to note that some serving lawmakers do not entirely subscribe to the idea of publishing details of the National Assembly’s budget.

Recently, the spokesperson of the House of Representatives, Benjamin Kalu, said the size of the budgetary allocation given to the National Assembly should not be the concern.

“That should not even be the question,” he said when asked if the breakdown of the NASS’ spendings for 2020 would be publicised. “The question should be why the National Assembly now gets one per cent of the total budget from the four per cent it got in the past.”

Even his counterpart at the Senate, Ajibola Basiru, feigned ignorance when he was asked why the budget is not being made public.