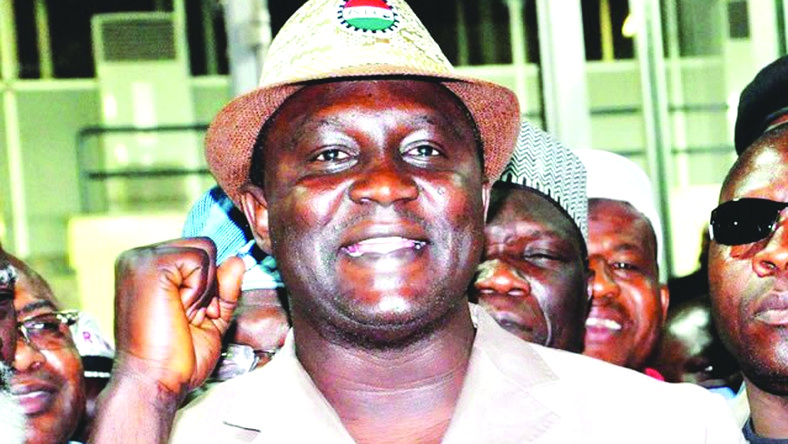 The Nigeria Labour Congress (NLC) has vowed to resist the increase in electricity tariff recently announced by power distribution companies (DISCOs) across the country.

The NLC President, Ayuba Wabba, said the hike in electricity tariff would further impoverish Nigerians and cautioned the DISCOs against going ahead with its implementation.

He stated this in a statement on Tuesday titled: ‘Increase in electricity tariff by Abuja DISCO – A taunting of the will of the Nigerian people gone too far’.

Wabba said: “The DISCOs appear to have given themselves the ignoble tasks of taunting and testing the will of the Nigerian people.”

“Abuja DISCO has adorned the robe of the protagonist with its recent announcement of a new tariff plan for electricity consumers within the sphere of its service area.

“This move is despite the resolution of the Senate of the Federal Republic of Nigeria and even the direct orders of Mr President himself that the plans by DISCOs to hike electricity tariff should be suspended until further notice.

“We are not aware of any order by the government or the elected representatives of the Nigerian people de-freezing the order to suspend any plans to inflict more pocket and psychological trauma on Nigerians by way of reckless and insensitive hike in electricity tariff.”

The union pointed out that since the unbundling of the defunct Power Holding Company of Nigeria, electricity tariffs through the Multi-Year Tariff Order had been increased a number of times without accompanying improvement in services.

“Each hike in electricity tariff in Nigeria is trailed by huge leap in the hours of darkness, de-metering of more Nigerians, exponential rise in incidences of estimated billing, and increased burden on citizens for the procurement of equipment and facilities for public electricity supply amidst other devious methods by DISCOs to cheat, exploit and despoil poor Nigerians,” Wabba said.

The NLC  president said it totally rejected any plan to inflict further pain on Nigerians “at this very time of great economic distress,” insisting that “the new dribble by the Abuja DISCO is dead on arrival as it will be resisted by the Nigerian working class and people.”

It warned other DISCOs not to bother “putting their ships of exploitation to sail.”

The congress equally expressed concern on the “deaf and dumb posture” of the Nigeria Electricity Regulatory Commission (NERC).

The NLC added:  “It is important to put it on record that NERC would be putting its name on the wrong side of history if it continues to play the Ostrich while a group of portfolio investors make a blood meal of Nigerians.

“Nigerian electricity consumers need the NERC to speak up and act in the defense of the rights of the Nigerian people.”

The NLC argued that the implementation of the new tariff on Tuesday was despite the resolution of the Senate and the direct orders of the President, Major General Muhammadu Buhari (retd), that the decision by the electricity distribution companies on tariff should be suspended until further notice.

NERC and the Discos had said that the new service reflective tariff took effect from September 1.

The DISCOs said on that electricity customers, except those receiving less than 12 hours of supply, would have to pay more. With the review, the tariffs being charged residential consumers receiving a minimum of 12 hours of power supply has increased by over 70 per cent.

According to NERC and the Discos, the new tariff is based on the hours of electricity supply available to the customers.

Customers are categorised into maximum demand and non-maximum demand customers, as against the previous categories of residential, commercial and industrial customers, with different bands (A to E) depending on the level of supply.

Maximum demand customers are those who consumer high levels of electricity, within the threshold of 45kVA consumption and above, according to NERC.

For Ikeja Electric, a residential customer on single phase receiving a minimum of 12 hours of supply will now pay N42.73 per kilowatt-hour, up from N21.30 per kWh.

For Eko Electricity Distribution Company, a residential customer on single-phase receiving a minimum of 12 hours of supply will now pay N43.01 per kWh, up from N24 per kWh.

For Abuja Electricity Distribution Company, a residential customer on single-phase receiving between 12 to 16 hours of supply will now be charged N45.69 per kWh, up from N24.30 per kWh.

Kaduna Electric announced on Twitter on Monday night that residential customer on single-phase receiving between 12 and 16 hours will be charged N50.10 per kWh, compared to the old tariff of N26.37 per kWh.

A residential customer receiving a minimum of 12 hours of supply from Ibadan Electricity Distribution Company will now pay N53.97 per kWh, up from N24.97 per kWh.