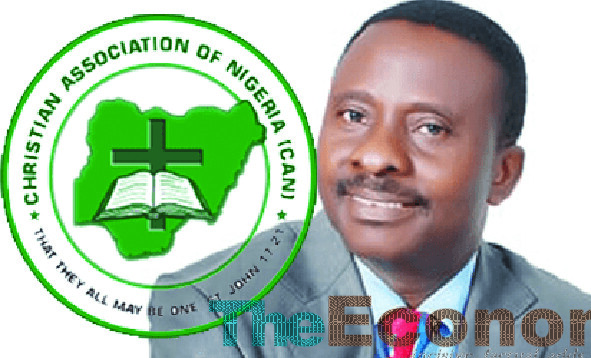 The Christian Association of Nigeria (CAN) has demanded the suspension of the Companies and Allied Matters Act 2020 (CAMA).

CAN, in a position paper, said CAMA 2020 “has the potential that can further undermine the faith of stakeholders in the Nigerian-state.”

This is just as the Presidency said CAMA did not target religious organisations.

It accused some politicians of latching on to the criticism of CAMA to wrongly characterise its purposes as an anti-religious law.

The Special Assistant to the President on Niger Delta Affairs and former National Assembly Presidential Liaison Officer, Senator Ita Enang, made the clarification during a brief ceremony at the secretariat of CAN in Abuja where he received the position paper of CAN on behalf of the President Muhammadu Buhari.

The letter signed by the President of CAN, Dr Samson Ayokunle, was delivered by a former Chaplain of Aso Villa Chapel and General Overseer of All Christians Fellowship Mission, Maitama, Rev. William Okoye.

The letter reads partly, “We consider the Act, as indeed, a complex of statecraft compendium, laden with issues that are grossly inimical to national interest, security (- peace and stability), and overall wellbeing of the Nigerian-state.

“From the reactions of stakeholders and a cross-section of the Nigerian-state, it is apparent that the Act either did not receive input from the respective various interest groups or failed to accommodate their views, sundry concerns and varying interests of the Nigerian people.”

CAN said the law ought to welcome and accommodate the sundry and varying interests of the Nigerian people.

“Mr President, from the foregoing, we are of the opinion that you should kindly issue the appropriate directives to suspend the implementation of CAMA 2020 and affirm a thorough reappraisal of the legislation that is in correlation with the provisions of the 1999 Constitution of Nigeria (as amended), other extant legal and policy frameworks, the national economy, national security, national interest and the wellbeing of the Nigerian-state.”

But Enang said the misconceptions that had trailed CAMA had found their way in through deliberate misinformation, stressing that although some had intended to blackmail Buhari with it, he was not the sponsor and had at previous occasions withheld assent to it when he was not convinced it was good enough for Nigeria.

He said, “We want to declare that the Act does not target churches or religious bodies as wrongly assumed. For illustration of this I present a tabular form of the provisions of the 1990 Act which came into force on January 2, 1990, which after more than 30 years of operation has now been repealed and replaced by CAMA 2020.

“Hereunder are the comparative provisions in the two enactments to show particularly that the 2020 Act assented to by President Muhammadu Buhari has not introduced any matter oppressive to the Christian community or any religion nor any matter discriminatory against any class of persons in Nigeria.”