NIPR, CAN Condemn Attack, Urge FG to Flush Out Terrorists

The Nigerian Institute of Public Relations (NIPR) and the Kaduna State chapter of the Christian Association of Nigeria (CAN), have called on the federal government to find a lasting solution to the mindless killings and destructions by terrorists in the country, especially in the north, saying government must flush out the terrorists of the Kaduna train attack. 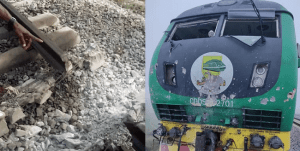 In separate statements yesterday in Kaduna, the two groups condemned Monday’s attack on the Abuja – Kaduna passenger train in which many people were killed, kidnapped and killed wounded by terrorists.

The NIPR, in its statement by its President and Chairman, Governing Council, Mukhtar Sirajo, urged security agencies to restrategise and get on top of the security situation posing serious threat to the country.

He said nobody or group had the right to continuously subject people to reign of terror, dehumanising them and seemingly getting away with it.

The NIPR, however, expressed sympathy with Nigerians “over the callous attack on the Kaduna-Abuja train.”

Sirajo said the attack was followed by deaths, injury to, and abduction of an unspecified number of passengers is not only unfortunate and unacceptable, but also a sad reminder of the descent into the abyss that security situation, especially, in the part of the country, has fallen.

“Nobody or group has the right to continuously subject people to this kind of reign of terror, dehumanising them and seemingly getting away with it,” Sirajo said.

Commending the gallant role of the armed forces and other security and law enforcement agencies, he stressed that there was the need “to square up to the bandits perpetrating these heinous acts. It is clear that a lot more needs to be done to inspire the confidence of the people.

“The earlier attack on the same route, which occurred in October last year ought to have served as a wake up call for the system to be more proactive to forestall what was a not so unexpected occurrence, given the seeming over reliance of commuters on the train service as a safer alternative to plying the Abuja-Kaduna road.

“There is the very urgent need for our security agencies to restrategise and get on top of the situation rather than wait to react. Government on its part must spare no effort in continuing to provide the armed forces and security agencies with all logistical requirements to enable them up the ante in this must-win war.

“The intelligence gathering processes must also be given a shot in the arm to enable the agencies to get ahead of these criminals in all ways imaginable. The NIPR expresses its heartfelt condolences to families of the deceased, federal and Kaduna State governments; prayed for the prompt rescue of those abducted as well as speedy recovery for the injured.”

CAN, in its statement by the state chairman, Rev. Joseph Hayab, called on the federal government to deploy everything at its disposal to crush the terrorists, who have had a field day in Kaduna and elsewhere in Nigeria.

The CAN Chairman said, the train attack, has “further amplified the vulnerability of Kaduna people and everyone who does business in the state, due to the rise in banditry and terrorism.

“CAN and all well-meaning folks have cried that Kaduna residents and visitors are living in perpetual fear of terrorists, who have demonstrated more audacity by constantly attacking people without the government doing much to end the killings.

“Even though banditry is a heinous crime, the bandits appear to have evolved an extended network for intelligence gathering and planning on how to fulfil their mission of terrorising innocent citizens.

“On the contrary, the resilience of the government and her intelligence gathering happens to be more about settling scores with perceived foes. CAN call on the federal government to deploy everything at her disposal to crush the bandits, who have had a field day in Kaduna and elsewhere in Nigeria…”

The association, therefore, appealed to the security agencies to employ innovative professional strategies for dealing with the situation and repudiate any political interference in security matters.

“A nation where mourning has become an everyday ordeal cannot be productive, because a heart that mourns becomes fragile, unable to think, plan or organize well,” CAN stated.