The consumer price index, which measures the rate of increase in the price of goods and services, climbed to 15.92 per cent in March 2022, amid rising food and gas prices.

The figure represents the highest rate recorded since October 2021 — and 0.22 per cent points higher than the 15.7 per cent recorded in the previous month (February 2022). 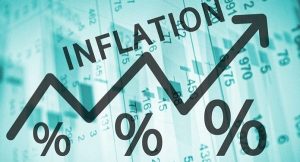 The National Bureau of Statistics (NBS) said this in its Consumer Price Index (CPI) report for February 2022, released on Friday.

“The percentage change in the average composite CPI for the twelve months ending March 2022 over the average previous twelve months period is 16.54 per cent, this shows 0.19 per cent points decrease compare to 16.73 per cent recorded in February 2022.

The core inflation rate dropped to 13.91 per cent in March from 14.01 per cent recorded in February 2022. The rise in the core index was attributed to the increase in the prices of gas, garments, cleaning, repair and hire of clothing, shoes and other footwear.

The report also said food inflation rose to 17.2 per cent in the review month, an uptick compared to the 17.11 per cent recorded in the preceding month. This rise in the food index was caused by increases in prices of bread and cereals, food product, potatoes, yam and other tubers, fish, meat, oils and fats.

The Russia-Ukraine war has had a ripple effect on global food prices, affecting gas and food prices, most especially bread prices.

The Russian Federation and Ukraine, combined, accounted for around 30 per cent and 20 per cent of global wheat and maize exports, respectively, over the past three years.

In its March report, the Food and Agriculture Organisation (FAO) said global food prices surged by 13 per cent in March, making a giant leap to the highest level ever.