The Debt Management Office (DMO) has said that Nigeria can lower its debt service-to-revenue ratio if it generates higher revenue  like Ghana, Kenya, and Angola. 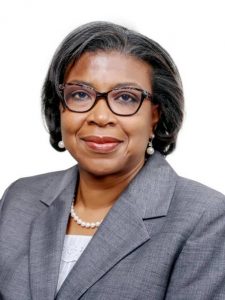 The Debt Management Office said this in a statement on Thursday, which was a response to the Lagos Chamber of Commerce and Industry, which had described Nigeria’s debt-to-revenue ratio as worrisome.

The statement read in part: “The attention of the Debt Management Office is drawn to a recent report by the Lagos Chamber of Commerce and Industry, which stated that ‘staying within the current Debt-to-GDP threshold is an unreliable means of calibrating Nigeria’s current debt burden’. According to the Chamber, ‘the government must review its borrowing parameters on the basis of the country’s Debt-to-Revenue Ratio, which currently calls for concerns’.

“The Federal Government of Nigeria is aware of the country’s relatively high debt service-to-revenue ratio and has published the figures over the years, as well as included them in public presentations.

It added: “The primary reason for the high debt service-to-revenue ratio is because Nigeria’s revenue base is low. Furthermore, the Government is largely dependent on the sale of crude oil, as a major revenue source. If Nigeria, with a revenue-to-GDP ratio of nine per cent, generated revenues close to countries such as Kenya, Ghana and Angola with revenue-to-GDP ratios of 16.6 per cent, 12.5 per cent and 20.9 per cent respectively, then, its debt service-to-revenue would be lower.”

According to the DMO, although Ghana, Kenya and Angola have a higher revenue-to-GDP ratio, the countries, however, have higher public debt-to-GDP, unlike Nigeria.

“This position is buttressed by the fact that the highlighted countries have higher public debt-to-GDP ratios (Kenya: 67.6 per cent, Ghana: 78.9 per cent and Angola: 136.5 per cent) compared to Nigeria (22.80 per cent) yet record relatively lower debt service to revenue ratios due to their higher revenue-to-GDP ratios,” the DMO said in the statement.

The Debt Office also said that the Federal Government needed to borrow for infrastructure development, job creation and economic growth, due to relatively low revenues.

It added that the Federal Government was implementing measures to increase and diversify revenues, which would lower the debt service-to-revenue ratio.