Despite the shortage of foreign exchange (FOREX), Nigeria’s imports have been rapidly increasing. According to data from the Central Bank of Nigeria (CBN) and the National Bureau of Statistics (NBS), between 2016 and 2021 Nigeria’s import bill rose from N8.73tn to of N20.84tn.

This implies that within the five-year period, imports into the country rose by N12.11tn or 129.10 per cent. 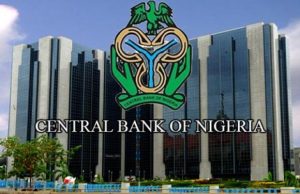 The CBN data show that the nation’s imports have been rapidly increasing since 1980.

According to a financial report released last month, Nigeria’s rapidly growing appetite for imported goods, among other things, creates a large demand for the United States dollar while supply remains poor.

This factor contributes to the continuous deprecation of the naira against the dollar, the report noted.

Further analysis of the foreign trade report by the NBS revealed that total exports for 2021 was N18.91tn, creating a trade deficit of N1.94tn.