Stock market investors made massive gains from their trading activities in the first quarter of 2022, as the Nigerian stock market capitalisation which represents the value of all listed companies gained N3.015 trillion, amid the flurry of impressive earnings by major bellwethers and positive corporate actions 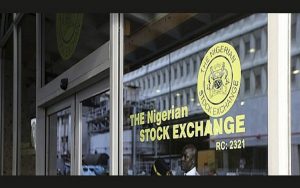 This means that on the average, investors gained 13.5 per cent on their stocks in the first quarter.

Also, the overall market performance measure All-Share Index (ASI), which tracks the general market movement of all listed equities on the Exchange, rose by 9.95 per cent to close at 46,965.48 points in the first three months of the year.

Also, sector performance was bullish as most indices closed the period on uptrend as at March 25, 2022. NGX Oil & Gas index appreciated the most by 28.12 per cent. NGX Banking index followed with a gain of 8.55 per cent, while NGX Premium Board index rose by 6.34 per cent.

On a monthly review, the Nigerian bourse witnessed positive price movements leading to a bull-run throughout January 2020, after which it closed with a 9.1 per cent month-on-month growth in the All-Share Index, and extended the gains by 1.7 per cent in February. During the period, BUA Foods got listed boosting the market capitalization by N720 billion.

Financial analysts noted that the first quarter of the year was a green one for the Nigerian stock market. It extended the positive outing of January and February in the midst of volatility, better than expected corporate earnings, higher payouts, and positive macroeconomic data to support the buying sentiment.

Speaking on the market performance in first quarter of 2022, the chief operating officer of InvestData Consulting Limited, Ambrose Omordion said that the stock market sustained positive sentiment and uptrend on the influx of corporate actions and 2021 audited financials, as players reacted to the released numbers and dividend declared for year end 2021 earnings expectation, as bargain hunters take advantage of the pullbacks.

According to him, this is expected to support an uptrend during this earnings season, amidst the oscillating oil prices, just as the market continues to interpret economic data in relationship with crude oil price and other factors, in the midst of profit-taking and portfolio rebalancing. This resulted in market players targeting fundamentally sound and dividend-paying stocks, as 2021 Q4 GDP up at 3.98 per cent, while the International Monetary Fund is calling for a hike in the interest rate and further devaluation of the naira.