Nigerians Know We Have Done Our Best.” — Buhari 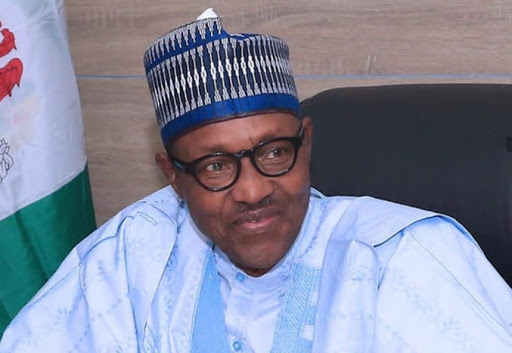 In an exclusive interview he granted State House Correspondents during the recent Sallah celebration, President Muhammadu Buhari thumped his chest in self-congratulation, for having done his best for Nigeria in the fight against insecurity. He said he inherited terrible security challenges that threatened the sovereignty of the nation, especially from Book Haram insurgents who controlled four LGAs in the Northeast; and Niger Delta militants in the South south. In other words security is better today, and not as life-threatening as it used to be.

Reacting to this, angry commentators have questioned the moral right of the president to be a judge in his own case. Talking about national security, they make bold to say that Buhari didn’t become president to tackle insecurity only  in the two regions of  Northeast and South south, but for people in the entire country as a priority requirement of the constitution.

Based on the prevailing security situation, the president and his team may claim to have done their best, but their best is obviously not good enough. How have you done your best when there is increased killings and bloodshed, arson, kidnapping, cultism, rape all over the country, they ask? In the states of Zamfara, Kebbi, Katsina, Sokoto, Benue and south- Kaduna, groups of bandits and militants are competing on who will out kill the other. How may Internally Displaced Person’s camps do we have in Nigeria? And why are there still refugees in most of them. Is it not because of prevailing insecurity in those areas?

Talking specifically about Book Haram menace, it is evident that the Nigerian Military High Command in the Northeast, has not lived up to it’s expectations. The propaganda reports it dishes out are always contrary to the reality on ground. On July 29, Boko Haram insurgents attacked the convoy of the Borno State Governor, Babangida Zulum. The governor blamed the attack on lapses from the military Operation Lafiya Dole. The following day, Thursday, multiple explosions from mortars fired by suspected Boko Haram terrorists hit Maiduguri town, leaving many seriously injured.

How can we clap for President Buhari’s security consciousness when his government has granted amnesty to 808 ex-Boko Haram terrorists. On what moral and security underpinnings do you grant freedom to criminal elements and enemies of the state to mingle with the vulnerable masses. The military’s claim that the ex-insurgents were deradicalised before amnesty is also spurious. Deradicalisation is an attitude of the mind. How do you reform the mind of bloodthirsty terrorists, and have confidence in them? Moreover,  how do you neglect to retrain, rehabilitate and empower the helpless refugees in IDP Camps – victims of Book Haram terrorists – but choose to pamper the perpetrators of evil through grossly underserved amnesty?

What about the ordinary soldiers who put their lives and those of their families on the line, in order to secure the country? How well are they being treated? In 2018, about 400 Nigerian soldiers dropped their arms and fled to the neighbouring Cameroon. In 2019, Nigerian soldiers, in a viral video bemoaned their nonpayment of salaries. And this year, 365 soldiers voluntarily resigned at once sighting lack of interest as their reason. All these are common proofs that the soldiers are not happy with their service conditions and welfare.

Added together, it is safe to say, in line with the National Assembly recommendations,  that the security hierarchy of the nation should be overhauled. If the spate of insecurity in the country continues like this till 2023, desperate politicians and insurgents may take advantage of the election year to make Nigeria truly ungovernable.