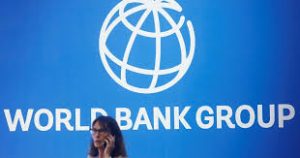 A World Bank’s new report says a full decade of economic growth in Nigeria is likely to be lost by the end of 2021. The international financial institution said in its bi-annual Nigeria Development Update (NDU) report series that the country’s gross domestic product is likely to approach its 2010 level by the end of the year.

The report noted that the economy is expected to grow by 1.8% in 2021, but could stand at just 1.1% if the government fails to sustain recent macroeconomic and structural reforms.

Despite Nigeria experiencing its deepest recession in four decades in 2020, the World Bank said the government’s response saved the situation from becoming worse.

The President Muhammadu Buhari-led government was also commended for redirecting resources to the COVID-19 response, and enhancing debt management and increased public-sector transparency, especially for oil and gas operations.

“By creating additional fiscal space and maximising the impact of the government’s limited resources, these measures were critical in protecting the economy against a much deeper recession and in laying the foundation for earlier recovery,” the report’s overview noted.

The Bank, however, also noted that several critical reforms are incomplete, and the government’s failure to sustain macroeconomic and structural reforms will undermine the country’s recovery.

Rising prices alone may have pushed an estimated seven million Nigerians into poverty in 2020, the report said. The country is home to the highest population of people living in extreme poverty in the world since it first overtook India in 2018.

The report proposed three priority objectives: reduce inflation; protect poor households from the impacts of inflation; and facilitate access to sustainable financing for small and medium enterprises in key sectors to accelerate the recovery.The objectives are to be achieved with a big push in areas such as exchange-rate management, monetary policy, trade policy, fiscal policy, and social protection.