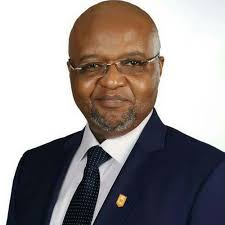 “A time comes in the life of a people when a conspiracy of circumstances heralds a new era. This usually happens when no one is expecting it; and also when all principal actors are occupied with their private schemes. So did it happen in Obodo Mmehie, after decades of suffering and failed promises by various factions of the confiscators of the commonwealth. The suffering of the people and the total disregard for the principles of natural justice, equity and good conscience led to the coming of Ejindu, the Young Man of Valour.

Until Ejindu’s emergence, the people looked up to the self-recycling leadership elite for a radical transformation of their lives. They did not know that conflicts between the various factions of the consumption-driven leaders were always about power and privileges, rather than service. Watch them fight over portfolio allocation after electoral victories and you will be reminded of vampires scrambling over which of them would get the juicier bodies to suck blood from.”

The above are the opening paragraphs of an article of the same title, which appeared on this page on the 5th day of March, 2019. Intimations of what we are now seeing as #EndSARS, as well as the possibility of an ultimate conflagration are there. The deafness of our leaders may yet cost them everything. Yes, everything!

“Ejindu will come upon any land where genuine morality has left and where the supposed custodians of the law are making cheerful displays of unlawful plunder. It is natural that an Ejindu visitation should dawn on any land that routinely condoned aggravated misconduct and undermined the people’s sense of the sacred. It is natural that there should be a comprehensive redemptive intervention when the high priests, leaders and titled men who are supposed to be the guardians of all sublime values of the community put their imprimatur on profanity everywhere – and with impunity.

The dawn of the new era in Obodo Mmehie began one day with an innocuous incident in the Village Square during a New Yam Festival. A gangling old man who had witnessed the decay in the land muttered to himself in disgust: “Should decent people always step back just because the depraved are without compunction? Apparently there is no young man in this village who can say ‘Eji ndu eme gini’ and put an end to this nonsense.”

Beside him was a tall young man, named Eji Ndu Eme Gini, who turned to stare at the old man in surprise. But the latter took no notice of him at all, as he got up and found his way out of the Village Square. Perplexed, the young man later narrated his strange encounter in the Village Square to his grandfather and asked the old man the meaning and implication of his name.

His grandfather replied: “The words in your name cannot be easily explained, translated or interpreted, my son. Your name actually asks the question: ‘Of what value is one’s life if it is not spent in the service of what is good? This name is for people who easily act out of conviction and concern for truth and justice, because they want what is right. Such people will always find it difficult to live for nothing, or keep quiet while the land rots.

“How could things be made right again in this village?” was the only thought in Ejindu’s head afterwards.He recalled how the elders used to be the living symbols of the tradition, law, values and pristine wisdom of the land. But he could now see that these Standard Bearers of right and wrong for the community had embraced the profane. The women and the maidens who once embodied flawless grace and womanly dignity had become something for which he could not yet find a name. The young men and the children who were once very diligent and industrious had become the victims of an older generation that glorified distribution and consumption. Neighbouring villages no longer admired and respected their village. The fertile lands and lush vegetation were still there, but the human beings in Obodo Mmehie had made the community bad.

But no one seemed to know, or was willing to admit, the source of the problem plaguing the now-sick land. The young ones blamed the elders, while the elders blamed the titled men. The titled men, in turn, said it was the fault of the kingmakers who made a wrong choice. Not to be outdone, the kingmakers declared that it was the fault of the King, who would not listen to anyone. So misery, despondency and weariness of the spirit soaked the land through and through. It was horrible, because people who could not lead, advise, nor admonish, anyone were in charge everywhere.

Desire for cheap and immediate material rewards was the focus. The few good ones among them lost their voice after repeated unsuccessful attempts to show the way. Others had their voices strangulated by the favours they had received, and continued to receive, from various quarters. Thus did the leaders cease to be the Standard Bearers for right and wrong for the people in Obodo Nmehie.

Ejindu was angry at first. Then his anger changed into the desire to eliminate everything that stood in the way to a better society. That led him to develop a plan by means of which he would disrupt the alliance of a questionable elite that was the root of all the problems. So he sought out other like-minded people. Behold the Handmade of Providence had come!

Ejindu planned, held meetings, consulted and created a small team with a strong moral backbone. All the while he was also sharpening his Obejili, with calm dignity. Finally he decided that it was time to strike. The precipitating circumstance was the selection of new members for the Council of Elders, shortly before a New Yam Festival. Ejindu came to the Village Square with his Obejili and struck one telling blow.

And what a blow it was! There was a mythical story in the village about Ejindu’s Obejili: that if he struck the air with his machete, the air on both sides of the dreaded Obejili would stand still for minutes before coming together again! What a machete! What a swordsman!

Many false priests, servants of fake oracles, elders without pedigree, reprobate leaders and their collaborators were sort out wherever they were and struck. Obodo Mmehie witnessed a great cleansing, after which Ejindu summoned the people. As he stood before them, he remembered a story his father once told him about a great seer who once warned a new king of their village thus: “Your new position was given to you so that you would grow into it with the help of many gifted people in this village. You are not to be guided by only your own ideas, because the people are to learn and grow with you to a new form of responsible leadership that uses diversity to strengthen itself. That is why you are their King today.” The same seer also said to the people: “The gods have given all heads of households the duty to protect legacies and guide the unwary. Responsible farmers and householders do not eat, or ruin, the seed yams meant for the next planting season. Elders and leaders who mislead the people are like householders who are eating the seed yams of the next planting season. They are like springs bringing out dirty water and progressively poisoning the entire community. The gods would want such leaders to change – or be visited with their wrath.”

With this at the back of his mind, Ejindu began to address every segment of the community. First he spoke to the women and pointed out how they could have been more effective as custodians of value. He asked them whether any man would continuously bring home stolen goods, if his wife constantly raised the necessary queries. He even blamed them for allowing their husbands to travel so far on the wrong road that turning back became difficult, and even impossible, for many of them. He then turned to the men and showed them how most of them had become incapable of clear thinking, because they only kept bad company; and had become too stiff-necked to take the genuine concerns of some of the women seriously.

He did not spare the elders, leaders and priest of various shrines and proprietors of oracular pronouncements who survived the cleansing. To them he said: “Most of you now look cheap and ridiculous because your kind betrayed the people entrusted to them and wrongly humoured evil. You failed to stand up for truth, natural justice, equity and good conscience. Look at you today. Would anyone in your position have died of hunger or thirst if you did not get any of the gifts and favours that cheapened and scandalized you before the people? The misfortunes of many of you are only just beginning, because you are primarily responsible for the evil in the land today.

Not quite done with them, Ejindu thundered further: “Have you asked yourselves why many people can now look the elders, leaders, priests and titled men in the face and say: “Do not push us around, after all several of you were drunk yesterday and the day before.” Can you still guide, control, frighten or rebuke anyone by asking, ‘Do you want the custodians of value to hear about your behaviour?’

Then Ejindu paused. Looking into the far distance, but at nothing in particular, he continued: “Should I be the one to tell you that it takes maturity, a broad and free spirit to lead others? Should a sensible cassava farmer not know that a cassava tuber that was harvested prematurely and left in the village stream to ferment would lose its sap in the water and become a tasteless pulp, after losing its essence? Chaff would be left of the cassava and those waiting to eat from it would go hungry; making the cassava and the people joint losers. Do we not all know that the Ijele, that great embodiment of the highest of all that is noble and royal, doe not dance for money; or lend itself to cheap approbation in narrow and recondite neighbourhoods? Should leadership be defined by reprobate self-presentation? Should ignorance be granted a faculty building and declared a School of Thought in a citadel of learning? Mbanu! No!

Now that the APC is back in power under controversial circumstance and the PDP is battling with a misfortune it brought upon itself, the various power blocs are quarrelling. But their unmitigated myopia and selfishness may soon be their undoing. There are wrongs to be reversed by the religious, traditional and political leaders. The question is whether they still have enough time – before Ejindu comes.”

I will only add this, for today: “#EndSARS is progressively making people aware of many things that mud be summarily brought to an end, if the current political elite is not to be wiped out and if people are not to perish altogether.” Enough said.

Now that the APC is back in power under controversial circumstance and the PDP is battling with a misfortune it brought upon itself, the various power blocs are quarrelling. But their unmitigated myopia and selfishness may soon be their undoing.