Nigeria at 60: Divided We Stand? 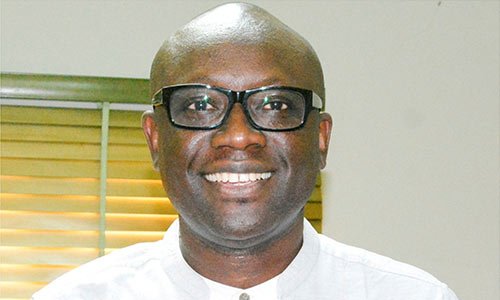 We often tell ourselves a lot of beautiful lies in Nigeria. One of my favourite is the saying: “This is not the dream of our founding fathers.” By that, we often try to claim our founding fathers had a dream for Nigeria from which we have deviated — the dream of oneness, of national unity. Nothing could be farther from the truth. Most of those who led the country to independence did not believe in one Nigeria and did not do enough to unite the country. By the time we gained independence from Britain in 1960, most of the founding fathers represented nothing but their ethnic cocoons. And it is the divided Nigeria they built that we have inherited and are operating till today.

As we commemorate our Diamond Jubilee on October 1, 2020, several questions are still being fervently asked about Nigeria, the most prominent being its continued existence in the current form. Some want the country balkanised. The Indigenous People of Biafra (IPOB) wants the Igbo to exit the Nigerian “zoo”. There is a clamour for Oduduwa Republic by those who say the Yoruba need to be rescued from the “shackles” of the federation. The Niger Delta region, where the oil money comes from, has been fighting for “resource control” and some of its groups want out of the federation. It would appear only the core north is not intensely agitating against the union, at least for now.

And this should be treated as an irony. In 1950, Alhaji Abubakar Tafawa Balewa, then a young northern politician, was quoted as saying there would rather be war than for the northerners and southerners to become one independent nation. “There is no basis for Nigerian unity. It is only a British intention for our country,” Tafawa Balewa was quoted as saying in the October 10, 1960 edition of TIME magazine in a report titled: “Nigeria: The Free Giant.” He was one of the founding fathers we often talk about. Of course, after he became prime minister, he mellowed his tone, saying: “There is no threat to unity at all. We solved that problem a long time ago.”

In reality, no problem had been solved. At independence, Nigeria was as divided as it could be. Populated by three major ethnic groups and over 250 others with an estimated 5,000 subgroups, Nigeria was birthed in mutual suspicion and nurtured in political rivalry built on ethnic and sectional sentiments. To be sure, it is historically incorrect to say the ethnic groups in today’s Nigeria had nothing “in common” before the British-enforced marriage of 1914. To the contrary, there is solid evidence of economic and military relations between the entities. But the political integration of these entities has been problematic from the very beginning. We are still struggling with it.

One of the most pronounced political rivalries in the south was between Dr Nnamdi Azikiwe, an Igbo with a pan-African worldview, and Chief Obafemi Awolowo, a Yoruba nationalist. When their paths first crossed at the Nigerian Youth Movement (NYM), it did not end well. In a primary conducted for a legislative by-election in 1941, Zik rooted for Chief Samuel Akisanya, a Yoruba and founding member of Lagos Youth Movement (which became NYM in 1938). Awo backed Ernest Ikoli, an Ijaw, for the position. Ideally, this should be a good development — both Awo and Zik supporting candidates from outside their ethnic spaces. This is what I like to see and celebrate.

In the end, though, things went awry. Ikoli was controversially picked as the NYM candidate. Akisanya decided to run as an independent. He lost. He and Zik left NYM. Awo and Zik would never see face to face again. Their paths crossed again in the 1951 election into the Western Region house of assembly. Zik aspired to be premier of the Yoruba-dominated Western Region. He did not succeed. His supporters insist till today that the Awo-led Action Group (AG) only outwitted Zik by playing up ethnic sentiments. Left hanging from national politics as a result, Zik went to the Igbo-dominated Eastern assembly and ultimately unseated the premier, Prof Eyo Ita, an Ibibio.

It is not uncommon for Zik’s supporters to say Awo introduced “tribalism” into Nigerian politics through the “cross carpeting” of 1952. Awo’s supporters often reply in kind, referring to earlier statements by Zik and Chief Charles Onyeama, an Igbo lawyer, which appeared to promote the idea of Igbo supremacy. Onyeama (father of Nigeria’s current foreign minister) was quoted as saying, in 1945, that “Igbo domination of Nigeria is only a matter of time”. Zik himself was said to have written in the West African Pilot of July 8, 1949 that “It would appear that the God of Africa has created the Igbo nation to lead the children of Africa from the bondage of ages…” The argument has not ended.

Yet, I would not blame either Awo or Zik for the ethnicisation of Nigerian politics. Although Nigeria was amalgamated in 1914, it was not until 1946 that the colonial masters created central platforms for politics, by which time ethnic identity had become the basis for political mobilisation. The Northern Peoples Congress (NPC), formed in 1949, had “north” in its name. The motto was “One North, One People, One Destiny”. It had, in fact, metamorphosed from Jami’yaar Mutanem Arewa, a northern socio-cultural group. Also, Egbe Omo Oduduwa, the Yoruba socio-cultural organisation founded by Awo and associates in 1945, launched AG in March 1951. It was a Yoruba party.

There was the Ibo Federal Union (renamed the Ibo State Union in 1948), a socio-cultural organisation. Zik was a prominent member. The group aligned with NCNC — and NCNC dominated Eastern Region politics (although, NCNC also had a foothold in another region, having started as a “national” party — unlike NPC and AG). Borno Youth Movement (BYM) was founded by Kanuri youths in 1954. The Ibadan Peoples Party (IPP) was established in 1951. There was Otu Edo, an Edo party associated with AG. We had Idoma State Union, Igala Union, Igbirra Tribal Union and Niger Delta Congress, among others. All these parties were based on ethnic and sectional identities.

I’m sorry if I’m being irreverent, but our founding fathers openly played ethnic and sectional politics. We cannot deny the fact. Awo was clearly a Yoruba nationalist. I’m not sure he tried to hide it. Sir Ahmadu Bello, the leader of NPC, was very open with his own bias — he even preferred to be premier of the Northern Region than prime minister of the Nigerian federation, sending his deputy, Tafawa Balewa, to occupy a position badly coveted by Zik and Awo. Meanwhile, Zik, who actively tried to cultivate a pan-Nigerian mindset (born in the north, spoke Hausa well, lived in Lagos, spoke Yoruba as well), also resorted to the ethnic game for relevance when the chips were down.

In fairness to the three titans, while their politics might have been unhelpful to national integration, their stewardship brought real development to their regions, even with the relatively meagre resources that they managed. Imagine that Awo, Zik and Bello were lucky to handle the billions of dollars that came with the oil boom much later! Also, even if they didn’t cover themselves in glory on the national unity front, their vision of development and administrative competence are yet to be matched or surpassed. It is a real tragedy that we are still fondly looking back at their stewardships of the 1950s and 1960s as the golden age of development in Nigeria. This should alarm us.

All said and done, as we mark 60 years of taking charge of our own destiny, we need to depart from the divisive, bitter politics that birthed Nigeria. We need to face the future by pursuing the right politics that will build a nation where justice and equity shall reign.

Our obsession with replicating and propagating the bitter mindsets of over 60 years ago will continue to obstruct our progress. We will keep moving from one crisis to another. We will never be able to face the right direction. Nigeria desperately needs new founding fathers and mothers: leaders who will promote nation-building, peace and progress — not to keep reviving and propagating the destructive colonial-era rivalries.

We inherited a Nigeria built on mutual suspicion. We have choices before us: to continue fanning the embers of disunity and unhealthy battle for supremacy or to chart a new course, knowing fully that no nation develops by accident. It is a shame that we are busy discussing 1914 while development-minded nations are discussing 2080. The vast majority of Nigerians — northerners and southerners, Muslims and Christians — still wallow in abject poverty, lacking access to the basic amenities that sustain life: health care, education, water, sanitation, security, roads and power. Shouldn’t this inflame our passion more than “tribe and tongue”? We desperately need a new mindset.

AND FOUR OTHER THINGS…

I hate to burst the bubble, but the victory of Mr Godwin Obaseki in the Edo governorship election will not end godfatherism in the state or anywhere in Nigeria. The godfather — that politician who controls the voting machinery — will continue to exist in different shapes and sizes until the average Nigerian has conquered hunger. That is the starting point for free choice. Economic freedom is very vital to political freedom. Meanwhile, congratulations to the Edo people for a largely peaceful poll; to Obaseki for pulling through; to INEC for a job well done; and to President Muhammadu Buhari for reining in the security agencies which were apparently primed to determine the outcome. Progress.

Before the Edo governorship poll, the US and UK announced that they would place visa bans on those indicted of manipulating the outcome. The Nigerian government, in a statement by the ministry of foreign affairs, hit back, accusing them of interfering in “our sovereignty”. I’ve not been able to understand this response. What undermines our sovereignty? Rigging of elections or visa ban on riggers? These countries did not even say ‘don’t rig’ — they said ‘we won’t give visa to those who rig.’ Whose sovereignty is being undermined here, if not the countries we want to force to give visa to riggers? Do some Nigerian officials bother to think before opening their mouths? Ridiculous.

Here we go again: all account holders, including my grandaunt in the village, are to start another round of verification through a so-called self-identification. Although this is ultimately meant for those classified as having dual residency (living in Nigeria and another country) for tax purposes, FIRS says ALL account holders are still required to obtain, complete and submit the self-certification forms to their financial institutions. Nigerians went through hell to get the BVN, but, apparently, hell is not enough. If you have accounts with 10 banks, you have to fill forms for each. Bob Marley once sang: “They make their world so hard/every day we got to keep on fighting!” Inconveniencing.

Chief Jimoh Aliu, the legendary Yoruba playwright and actor, died recently, closing a glorious chapter in the annals of dramatic arts in Nigeria. His TV adaptation of DO Fagunwa’s Igbo Olodumare was my first encounter with his art. As excited youngsters, we waited impatiently to watch Igbo Olodumare on NTA Ilorin every Sunday afternoon. The sculptor, film writer and director went on to produce Arelu, Fopomoyo, Yanpanyanrin and Ajalu, among others. He was said to be working on another series when he died at 86. Known on the stage as Aworo, this great son of Okemesi, Ekiti state, will be remembered for the generations of artists that he mentored and inspired. Adieu.

Simon Kolawole is the publisher of The Cable