Africa and COVID-19: The Sick Man of Globalization? 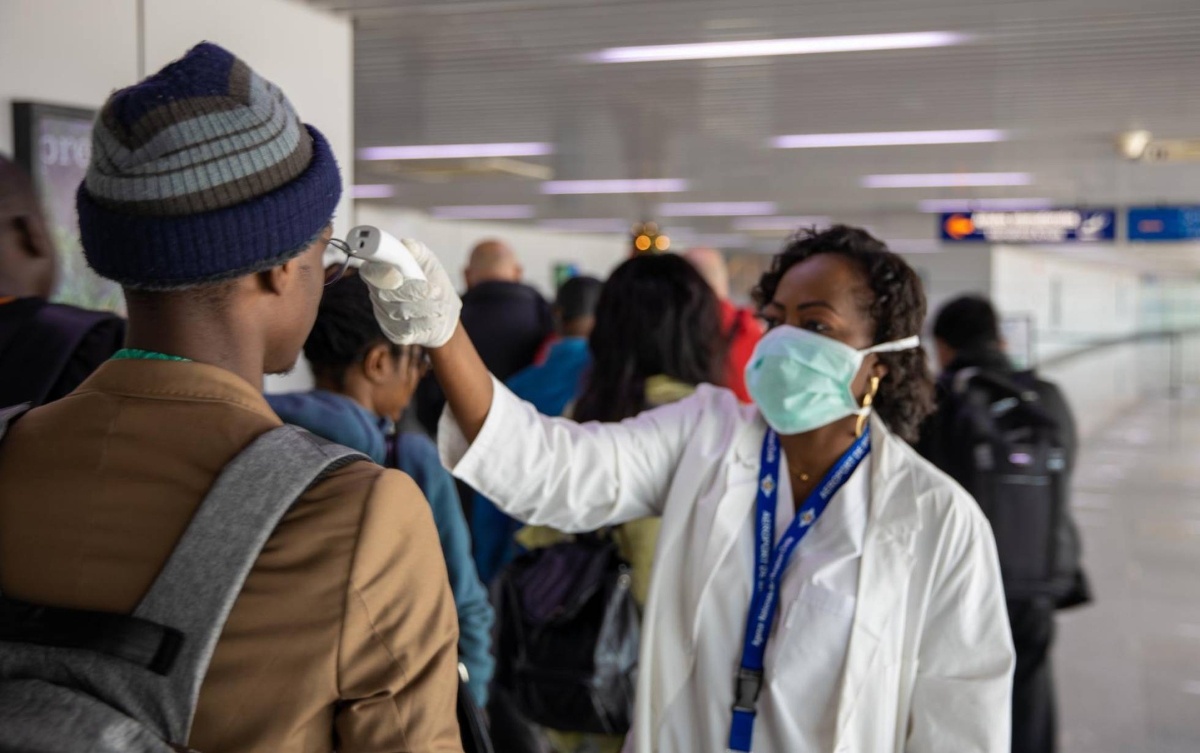 Until African countries can tell their own stories and devise locally-grown policies to solve their problems, no one will take them seriously, writes  Tamba François Koundouno.

When the World Health Organization (WHO) declared COVID-19 a “global health emergency” on March 11, months after the viral bug had caused devastation in Wuhan, China, there was a lingering feeling that Africa, the perpetually needy adolescent of world affairs, would soon become the virus’s new home.

With a lethal, rapidly spreading disease wreaking havoc in some of the world’s most advanced economies, argued the high priests of the “Save Africa” gospel, what hope was there for a continent where some countries hardly have ICUs, many without a single ventilator?

Underpinning such rhetoric was the assumption that, with their traditional assistance providers desperately fighting to fend for themselves, African countries, supposedly lacking ingenuity and agency, were headed to a viral purgatory, where they would passively wait for Westerners to first weather the storm at home and then come to rescue their dying, eternally sick globalization relative.

By mid-April, however, as COVID-19 infection and death rates remained significantly low in most of Africa, the assurance of Africa’s coming catastrophe turned into a query. Why was Africa almost unscathed while hospitals in the developed world crumbled?

In most cases, the question came not from concerned Africa-watchers who genuinely wanted to understand. It came, to a considerable extent, from a place of surprise and shock. It aimed at unearthing — because Africa is synonymous with primitiveness and chronic lack — why it was taking so long for Africa’s under-resourced, ill-prepared health systems to be overwhelmed by an invisible enemy that had already forced to genuflection countries with state-of-the-art hospitals and well-trained medical personnel.

In the vertiginous scramble for an explanation, there emerged a few theories. These mainly included the continent’s youth and its generous climate. Sheer luck, then, was offered as the main reason Africa was doing well. The point was this: In no conceivable world can African governments, known for their ineffectiveness, be responsible for their relative success in dealing with COVID-19.

But what of Morocco, where the largely salutary measures — early lockdown and mass production of hand sanitizers and masks — have been life-saving? What about most of sub-Saharan Africa, where the situation is largely under control? What of Tunisia, Mauritius, and Rwanda, three countries that, by any standards, deserve to be in the high honor class in this “pandemic summer?”

Yet, the mainstream narrative decided that no one wanted to hear from a bunch of lucky African countries thought to be undeservedly, cluelessly winning their fight against the pandemic. Instead, we were told about the resourceful Japan, the convention-defying Sweden, the resilient China, and the ingenious South Korea and Singapore, among others.

Beneath this dismissal of positive stories from Africa is the deeply-rooted belief that, besides its natural resources and world-renowned athletes and entertainers, nothing enviable comes out of Africa. As Simukai Chigudu, professor of African politics at Oxford, has perceptively put it, as COVID-19 became a global concern, the well-established narrative about Africa as primordially poor and unresourceful quickly reinforced the belief that the continent was destined to be the “virus’s final frontier, where it will yield untold damage.”

While infection and death cases have worriedly jumped across Africa in recent weeks, igniting talks of a second lockdown in countries like South Africa and Morocco, the continent’s numbers so far are nowhere near the catastrophe that was announced.

Governments’ early and aggressive response, the widespread use of unproven but apparently effective treatments — chloroquine and locally-made herbal concoctions, for example — as well as a long history of epidemic outbreaks are (rightly) thought to account for Africa’s comparatively low COVID-19 figures.

But there is more to the story: Some African researchers have actually been working on finding a cure. And while research in Africa has not been as cutting-edge and as widely publicized as research from, say, China or South Korea, there have been considerable efforts on the innovation front, from the conception of local, cheaper ventilators to the development of alternative testing kits, to the quest for an effective cure or vaccine.

Still, African governments and public health experts are betting on caution, maintaining that there is no reason for a premature, misguided triumphalism. “We have won the battle… but we have not yet won the war,” Mauritian Prime Minister Pravind Jugnauth said on May 18, even as he announced “zero active cases.” In Morocco, despite indications that the virus was largely under control by the end of June, most of the past weeks have been about extending the extension of emergency measures, with authorities rightly fearing a second, more severe wave of infections.

All this speaks volumes about the increasing awareness in the continent that while foreign aid is appreciated, it is suicidal to just sit around and wait for external succor. For enthusiastic pan-Africanists, meanwhile, this pandemic has shown the world that Africans are not waiting for saviors. That they are no Hegelian infants naively waiting to be rescued from “history’s waiting room” by Western altruism.

In another, related sense, this crisis has revealed that pan-Africanism comes in different guises.  Madagascar’s President Andry Rajoelina, the chief promoter of the unproven herbal cure Covid-Organics, hit a traditional pan-Africanist argument on its nose when he argued that the pandemic has exposed the global community’s tendency to disparage ideas from Africa. Western countries, he suggested, cannot stomach the idea that, as the world faces an unprecedented crisis, salvation could come from Africa.

Elsewhere, Oby Ezekwesili, a former Nigerian minister and World Bank economist, has controversially called for China, where the virus first emerged, to redeem itself by paying reparations to African governments. And when an official at the Chinese embassy in Lagos responded that this was an “irresponsible” idea, Ezekwesili resorted to a more defensive pan-Africanist trope: “China must know that where our lives and livelihood are concerned, no country, regardless of how powerful it may be, can intimidate us Africans ever again.”

The two ideas, while obviously different, are premised on one foundational pan-Africanist narrative: That globalization has not been working for Africa. Increasingly emerging from this posture, however, is a type of clear-eyed pan-Africanism willing to “complicate” the very idea of Africa and do away with unhelpful buzzwords like Afro-pessimism, Afro-optimism, and “Africa rising.”

As adherents of this new cohort see it, postcolonial hubris solves very little, if anything at all. They are intent on deconstructing the domineering presence of the West in the postcolonial imaginary without idealizing pre-colonial Africa. As a young Moroccan environmental activist recently told me, they are interested in enacting palpable change, not reiterating throaty, feel-good slogans.Yet the original question lingers: Why are most African countries perpetually resorting to external financial assistance and debt relief pleas? Is Africa indeed the sick man of globalization?

A survey of contemporary African thought provides no straightforward answer, and responses vary according to the ideological inclination — clear-eyed pan-Africanism or radical Afrocentrism, Afropolitanism or cosmopolitan patriotism — of the responder. Beneath this fog of competing visions, however, there emerges one robust consensus: Until African countries can tell their own stories and devise locally-grown policies to solve their problems, no one will take them seriously.