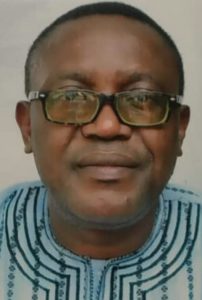 NIGERIA and Ghana, the two neo-colonial Anglophone ‘neigbours’ who are also two of the three largest economies in the Economic Community of West African States, ECOWAS, are at each other’s throats, fighting like kindergartens. Both countries, like sibling rivals, have squabbled for decades, the latest being last Friday, August 28, 2020 when Nigeria catalogued the sins of Ghana which include harassment of Nigerians in Ghana, the demolition of the Nigerian Mission’s property, deportation of 825 Nigerians between January 2018 and February 2019 and unfair residency permit requirements. Other allegations by Nigeria include a media war against Nigerians in Ghana, a harsh and openly biased judicial trial of Nigerians, and the Ghana Investment Promotion Centre Act which imposes a crazy $1 million capital investment on Nigerians and other foreigners who want to engage in retail trade in Ghana. This led to the closure of over 300 Nigerian shops in 2018 and another 600 in 2019.

I am a Nigerian pan-Africanist who from the 1980s religiously followed Ghanaian politics, studied its history and capped these with a three-year residency in Accra as the chief executive officer of an African organisation with ambassadorial rank. So, I can easily speak to these allegations without bothering you much with the mainly evasive defence of the Ghanaian government and its counter-allegations against Nigeria, which are mainly true.

The harassment of Nigerians in Ghana are constant. After witnessing some, I asked a Ghanaian friend why this was so. He said Ghanaians, compared to Nigerians, are poor and that they hold Nigerians responsible for the skyrocketing price of property in Accra because Nigerians were ready to pay outrageous amounts to buy property.

In 2019, an informal meeting of Nigerians held in Accra, and Professor Augustine Nwagbara, then teaching at the University of Education, Winneba, highlighted the ordeals of Nigerians in Ghana and suggested that the Nigerian press should take this up. The video of the meeting leaked and an enraged Ghanaian government pounced on Professor Nwagbara, accusing him of incitement and being a threat to peace. He was detained and interrogated before being sacked from the university. He practically fled Ghana.

On demolition of structures of the Nigerian High Commission, no private citizen in any country would demolish the buildings of an embassy without official connivance, more so when the police headquarters nearby refused to intervene. Many Ghanaians believe all Nigerians are crooks. A senior Ghanaian lawyer once told me that in the eyes of the average Ghanaian judge, a Nigerian charged for crime is more or less guilty; he is like a cockroach pleading innocence before a hen.

I was privy to a visitation to the Nsawam Medium Security Prison on the Accra-Kumasi Highway by a church organisation in 2014. Many of the prisoners were Nigerians, mainly Igbos. Some wept, asking that their squalid conditions be brought to the notice of the Nigerian government, while many asked for judicial reviews, claiming to be victims of conspiracy between Ghanaians and their police. Nigeria said Ghana had deported 825 of her citizens; the Ghanaian government disputes this, saying only 700 Nigerians were deported. What is the issue? It is not necessarily the number, but the act of deporting citizens in a regional community with supposed free movement.

Under the ECOWAS protocols, citizens from member states can stay in any country for 90 days. Now, there were many Nigerian students in Ghanaian universities who, by the way, paid fees in foreign exchange over four-fold what Ghanaian students paid. I witnessed some of these Nigerian students being barred by Ghanaian Immigration from boarding flights from the Kotoka Airport back to Nigeria on the basis that they had spent a few days above the 90-day window. I had intervened on such occasions, and became marked. The officers had contempt for my Nigerian Diplomatic Passport, so I started pushing my African Union Diplomatic passport in their faces.

Perhaps the most contentious issue is the forced closure of Nigerian shops, but not directly by the Ghanaian government that has become an expert in the act of throwing stones and hiding its hand. Rather, Ghanaian traders and thugs are used, which amounts to Ghanaians taking the law into their hands. The background to this is that in 1994, Ghana made a Ghana Investment Promotion Centre law which states that foreigners who want to carry out any retail trade must have a $300,000 capital. This is a way of barring all non-Ghanaians from trading in Ghana because a hawker with such huge capital will not leave his country to go hawk slippers on the streets of Ghana. This amount was by 2013, increased to $500,000, and is now $1 million! This violates ECOWAS protocols.

The Nigerian Minister of Foreign Affairs, Geoffrey Onyeama, wonders: “What is the point of having an economic community if at the end of the day each country will make laws and regulations in contradiction of that? Clearly, if it is contravening the ECOWAS protocol, then we would have to now look at ECOWAS solution, including the ECOWAS court as a final arbiter.” Brilliant, except that he turns a blind eye to Nigeria’s blatant violation of the same ECOWAS protocols of free movement of persons and goods. How does Nigeria hope to get justice at ECOWAS when it is going there with unclean hands?

Ghana’s Minister of Foreign Affairs, Shirley Ayorkor Botchway, pointed out that Nigeria similarly hurt Ghanaian traders when without notice, it shut down its land borders in 2019 with other countries. Clearly, the Nigerian government’s excuses for the border closure are not tenable. For instance, it claims arms are smuggled across the borders. This may be true, but who says they go through the official borders and not the illegal routes that remain open? Those that came through the official borders were clearly due to connivance with Nigerian border security because they have scanners to detect arms.

A second excuse is the claim that the closure is meant to grow Nigeria’s economy. Nigeria has an overwhelming control of trade across West Africa; its products are in all West African markets I have been. Nigeria is clearly the economic giant in West Africa, accounting for 73.5 per-cents of ECOWAS exports, 52 per-cents of its general imports and 51 percent of its food imports. For a country to dominate a market and then shut itself against that market is nothing short of sabotage. The Nigerian and Ghanaian governments have no basis for the quixotic war of attrition they are engaged in. Both are undeserving of their peoples, endanger African unity and integration and are striving to be good boys of foreign financial institutions and their Western owners. They are bedwetting big boys who should find productive engagements.