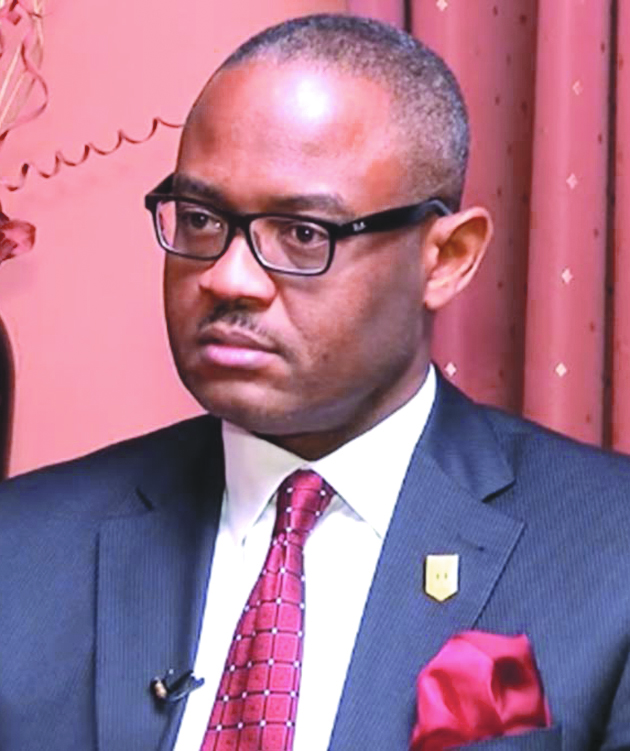 The Nigerian Electricity Regulatory Commission threatens to sanction electricity distribution companies which fail to meter customers in their networks by the end of February, reports Olisemeka Obeche

NERC in a statement posted on its website cautioned that the crackdown on defaulting firms which will kick off on March 1, this year is in line with its mandate of protecting the rights of customers and ensure fair return on their investment.

NERC after consultation with the operators in June 2016 directed the DisCos to conclude metering of all maximum demand (MD) electricity customers in their networks not later than November 30, 2016. The Commission at the expiration of that notice granted three months moratorium which expires February 28, 2017 to enable the DisCos effectively execute the metering deployment plan for customers. “Sequel to the above directives and approach of the expiration date of the moratorium period, it is hereby put on notice that the Commission shall commence regulatory action against any defaulting DisCo(s), beginning March 1, 2017,” the statement read.

NERC advised any electricity customer on MD category that is yet to be metered as at February 28, 2017 to report to the Commission through any of its offices.

It also urged customers who had advanced money to the DisCos through the now wound down Credited Advance Payment for Metering Initiatives (CAPMI) to make use of its complaint redress mechanism. “The Commission is by this notice advising electricity customers not to take laws into their hands by attacking staff of electricity distribution companies. They may wish to be guided not to resort to legal proceedings as the first option in seeking redress, but to explore the Commission’s redress mechanism to save litigation cost and time,” it said.

Meanwhile, there are indications that most electricity distribution firms may not be able to meet the prepaid metering deadline due to prevailing challenges in the industry. With the power sector still suffering liquidity squeeze and the DisCos lamenting growing customer indebtedness among other challenges, the chances of them meeting the deadline appears slim.

Managing Director of the Eko Electricity Distribution Company (EKEDC), Dr Oladele Amoda, said power distribution firms were having challenges in meeting customers’ need, especially metering due to lack of funds. He said that the sector needs proper funding to achieve its goal of improving electricity supply.

The power sector’s liquidity gap has reportedly risen to N1.1 trillion from N1trillion in November, 2016. The Association of Nigerian Electricity Distributors (ANED) has argued that the DisCos were the worst affected by the liquidity squeeze in the industry because they contend with huge debts caused by non-payment of bills. “The gap occurs because the Ministries, Departments and Agencies (MDAs) owe the DisCos over N600 billion. The failure of the MDAs to pay their debts has affected the capacity of the DisCos to create new investments,” ANED spokesman, Mr Sunday Oduntan said.

Oduntan identified meter bypassing, stealing and vandalism of cables and other power equipment as major challenges confronting DisCos, stressing that there won’t be “appreciable growth” unless the financial issue is resolved. “The sector is facing problems, such as liquidity squeeze, shortage of gas, poor generation and distribution, and weak metering system. The problems are financial and technical in nature,” he added.

To avoid industrial clash or compounding the challenges facing market operators, the Managing Director of the Nigerian Electricity Bulk Trading Company (NBET), Mr Rumundaka Wonodi urged NERC to focus on liberalising metering in the country rather than enforcing the current policy directive. “It is good to see NERC attempt to enforce some discipline in the operations of the DisCos, with regards to metering targets, but the truth is that if NERC is looking to cause the DisCos real financial pains through the fines, it should have a rethink unless this is a shaming exercise,” he said.

Wonodi said that NERC’s threat to sanction the DisCos who fail to comply with its directive would be counter-productive and may force the operators to pass the burden of the fines to unmetered customers. “With a majority of consumers yet to be metered, the incentive for a DisCo that is already struggling with revenues is to spread the fines across its unmetered and unsuspecting customers through estimated billings,” he said.

He urged NERC to seek closer collaboration with the Nigerian Electricity Management Services Agency (NEMSA) to roll out regulations and guidelines that will liberalize metering in the industry. “Allow consumers to obtain standardized meters from licensed meter providers without recourse to the DisCos, thereby introducing competition in metering solutions. In addition, abolish the across board Capex (capital expenditure) provision for meters in the tariff. Instead, allow DisCos to incorporate a line item in consumers’ electricity bills for recovery of any capital associated with provision of meters,” Wonodi said.