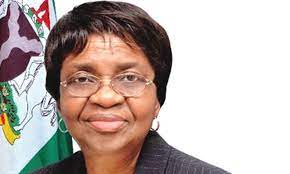 The challenges hitherto experienced by importers and exporters at Nigerian ports and borders may soon become a thing of the past as the National Agency for Food and Drug Administration and Control (NAFDAC) and the Global Alliance for Trade Facilitation GATF are collaborating to achieve standardization and harmonization of documents for export and import trade. This is also with a view to simplifying trade formalities and procedures and ultimately ensuring ease of doing business in Nigeria.

The project is being powered by the Global Alliance for Trade Facilitation. It is an organization that is being hosted by the Centre for International Private Enterprise, International Chambers of Commerce, and the World Economic Forum. The project in Nigeria is being implemented by the German Technical Cooperation popularly known as GIZ. The alliance is supported by the governments of the United States, Canada, Germany, Denmark and Australia through their respective agencies.

Prof Adeyeye who was represented by Dr Abimbola Adegboye, Head of Trade and International Relations at the Agency reiterated measures that NAFDAC has already put in place to ensure a seamless and more robust operational procedure with both export and import at the borders; and achieve cooperation amongst government agencies at the borders.

She said NAFDAC’s focus now is to ensure smooth trade facilitation and regulation, stressing that operations of regulators should not pose a hinderance to trade transactions but facilitate them. “We are focused on making sure that there are not so many interferences between the users of our facilities and ourselves. So, we try as much as possible to remove both human interferences under the guise of consultants,” she said.

According to Prof. Adeyeye, trade should be on basis of safety and quality, noting that, that is the only way trade could be sustained. “If quality is not put into your product, it gives the country a bad name. They blacklist the company involved. The consumers are the losers because they do not have value for money and their health is compromised,” she said.

In his remarks, the Project Manager of Global Alliance for Trade Facilitation, Nigeria, Mr. David Okeku disclosed that his organization is being powered by the Centre for International Private Enterprise, International Chambers of Commerce, and the World Economic Forum. He explained that the Harmonization and Simplifying Trade Formalities and Procedures in Nigeria seeks to support the implementation of three articles of the World Trade Organization (WTO) Trade Facilitation Agreement. “This speaks to article 10.1 which borders around formalities and documentary requirements, article 8 which talks about border agencies cooperation and article 2.2 which talks on consultation,’’ he said.