N1.6bn linked to me was money donated to church – Jonathan’s ex-aide 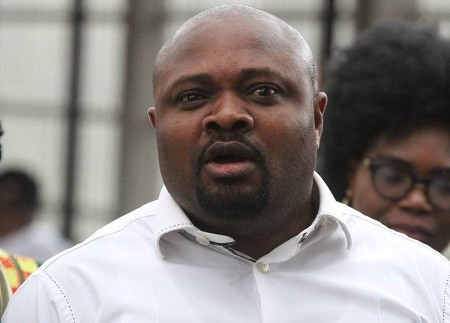 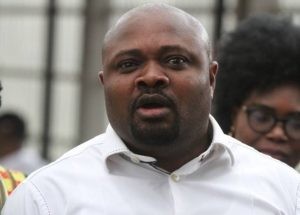 A former Special Assistant to ex-President Goodluck Jonathan on Domestic Affairs, Dr Waripamo-Owei Dudafa, said on Monday that he was not guilty of any criminal act as alleged by the Economic and Financial Crimes Commission.

He explained that the sum of N1.6bn, which the EFCC linked to him, were not proceeds of fraud but part of the money realised from a fundraiser organised in 2013 by the Anglican Communion of Otuoke Community, to which ex-President Jonathan was a grand patron.

According to the former presidential aide, the Anglican Communion of Otuoke Community organised the fundraiser towards the building of the St. Stephen’s Youth Development Centre in Otuoke, the former President’s hometown.

Dudafa said the fundraiser took place in Lagos and many people made monetary donations, including the chief launcher, Prince Arthur Eze, who pledged  $10m (about N1.8bn), to be paid in instalments.

Dudafa said the ex-President instructed him to follow up with Eze on the pledge.

He said this on Monday before the Federal High Court in Lagos, where he opened his defence in the N1.6bn fraud case filed against him by the EFCC.

Dudafa was charged alongside his account officer at Heritage Bank, Joseph Iwuejo.

Testifying in his own defence, Dudafa, who was led in evidence by his lawyer, Mr Adegboyega Oyewole (SAN), said, “From my interactions with former President Goodluck Jonathan, I know that the funds were proceeds of a fundraiser that was conducted by the Anglican Communion of Otuoke Community for the building of the St. Stephens Youth Development Centre, Otuoke.

“The launching, which was done in Lagos on the 16th of March, 2013, was organised by the former President as a member of the Anglican Communion and the grand patron.

“About N6bn was realised from the event. Several persons made various donations at the event while the chief launcher, Prince Arthur Eze, donated $10m (about N1.8bn). The donation by the chief launcher was a pledge which he promised to fulfil in piecemeal.

“When Prince Eze started redeeming his pledge in piecemeal, the former President directed that I got somebody in the private sector that would be able to keep the funds.

“I then brought in a friend, Somprie Omiebi, who later opened an account with a bank in Bayelsa. The naira denominated account was opened to receive Prince Eze’s money.

“Anytime Prince Eze brought any money, the former President would direct that I link up with a Bureau de Change operator who would remit the money directly to the account opened by Somprie Omiebi.

“The companies listed in the charge are not known to me and I am not a signatory to their accounts. I am also not a director.

“I know Somprie Omiebi as someone in the private sector that brought those accounts and the companies to the former President and his wife for the safekeeping of their money. Omiebi is the only person that knows the details of the various accounts.”

In the charges, the EFCC accused Dudafa and Iwuejo, who was his account officer at Heritage Bank, of conspiring to perpetrate a fraud of N1.6bn.