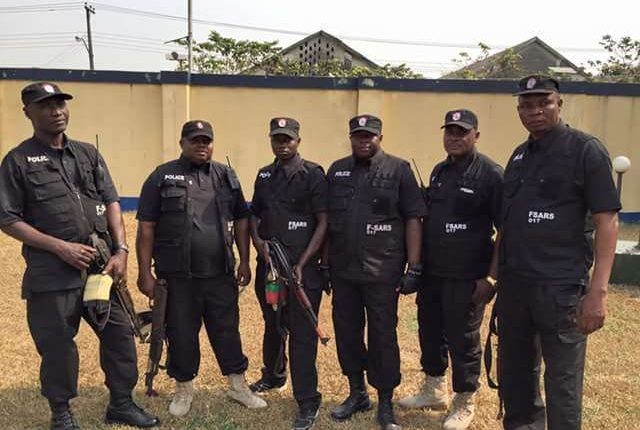 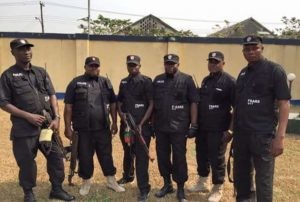 Operatives of the Federal Special Anti-Robbery Squad, F-SARS, on Monday arrested a suspect alleged to be a member of an armed robbery gang operating in Port Harcourt, the Rivers State capital.

The hoodlums, according to an eyewitness, were returning from an operation where they had allegedly stolen a bag containing huge sums of money.

Their escape was, however, truncated by some taxi drivers who reportedly parked on Kalabari Street, in Mile Diobu around 6am, to take passengers.

The robbers were said to have shot into the air to force the taxi drivers to leave the road.

The gunshots reportedly drew the attention of F-SARS operatives, who rushed to the scene.

A source in the area, who claimed to have been awoken by the “deafening sound” of gunshots, said the armed robbers took to their heels on sighting the F-SARS operatives.

He said, “The armed robbers were trying to pass here (Kalabari Street) around 6am. I believe they were returning from an operation somewhere. But some taxi drivers were loading on the road and causing traffic jam.

“The armed robbers got angry over the traffic jam and started shooting into the air to clear the road, not knowing that F-SARS men were close. Immediately the F-SARS men arrived, they took positions; some of them went into the gutter.”

It was learnt that the hoodlums abandoned their guns and the bag of money and fled the scene.

“When the robbers noticed that gunshots were being fired by the F-SARS operatives, they left their Toyota Highlander and guns and escaped on foot.

“But the F-SARS men managed to catch one of them and recovered the bag of money and the vehicle before taking them to the Mile One Police Station,” the source added.

The Police Public Relations Officer, Mr Nnamdi Omoni, confirmed the incident. He said, “I heard about it; but I have not been fully briefed.”