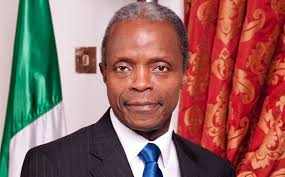 This was announced on February 1, by Acting President, Yemi Osinbajo, SAN, after the Federal Executive Council meeting. He expressed concern at of the inflationary rates of food prices and noted that the task force would bring relief to the people by exploring options to promote availability food items at affordable prices in Nigerians.

The acting president announced that the Task Force has seven days to report back to the Council on how to remove some of the factors responsible for high cost of food items factors between the farms and the markets.

While there have been reports of bumper harvests in parts of the country, the prices of food stuff still end up rather high, while some of the produce even end up wasted.

Osinbajo said that one of the focus areas of the Task Force would be to review the transportation and preservation processes, and see how government can intervene in those aspects to bring down food prices.