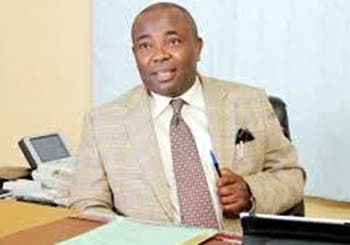 The Acting Chairman of the Fiscal Responsibility Commission, Victor Muruako, has said more than N1.8tn has been remitted into the Consolidated Revenue Fund in the last 12 years as operating surplus by Ministries, Departments and Agencies.

He said this was against about N5.8bn government financial commitment to the agency in 13 years covering personnel, overhead and capital projects since inception.

Muruako said these at the capacity building on Fiscal Responsibility Act, 2007 for the staff of Nigerian Railway Corporation held on Monday in Lagos.

He said it was imperative for the commission to train and improve on the capacity of some of the key government owned enterprises in order to fulfill its mandate of ensuring prudent management of resources in government.

The FRC boss said it was not the best of times for the Nigerian economy, particularly as the country was struggling to recover from the challenges of the COVID-19 pandemic.

He stated that it was important that every hand should be on deck to ensure the country did not fall back into recession the second time.

The Acting Chairman commended the NRC’s management for taking the proactive step of partnering with the commission to retrain their staff for better understanding of the FRA Act.

NRC Managing Director, Fidet Okhiria represented by the Director, Operations of NRC, Niyi Ali, expressed his appreciation to the commission for organising the event.

In another development, the FRC has said that most government contracts are awarded in a hurry without proper execution plans or designs.

It said this in communique issued at the end of a seven-day capacity building workshop with the theme, ‘Maintaining best global practices in project execution in a post COVID-19 economy’.

In the communique, which was made available to our one of correspondents in Abuja on Monday by the FRC, the commission said, “Most government contracts are awarded in a hurry without proper design, Environmental Impact Assessment, execution plans, etc.

“This leads to both financial and time over-run and ultimately the failure and abandonment of such projects.”

The commission also observed that monies meant for monitoring and evaluation were paid to contractors, who influence relevant officers including project resident engineers to do their bids.