Man jailed for assault on policeman 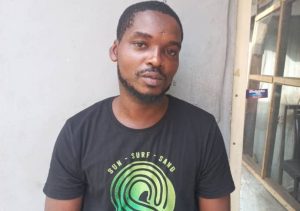 A Magistrates’ Court in Abeokuta, on Wednesday, sentenced a 25-year-old man, Olasunkanmi Soyobi, to one-year imprisonment for assaulting a Police officer and attempting to escape from Police custody.

Soyobi, of no fixed address, was convicted on three counts of assault and an attempt to escape from police custody. In his judgment, Magistrate Dehinde Dipeolu said that all the evidence tendered in court proved beyond reasonable doubt that the defendant was guilty of the offence. Dipeolu said that the sentence was without an option of fine.

Earlier, the Prosecutor, Insp Lawrence Balogun, had told the court that the convict committed the offence on December 15, 2020 at Kemta Police Station, Idi-Aba, Abeokuta.

The prosecutor said the convict assaulted one ASP Sherif Balogun by punching him on the face, inflicting injuries on the officer. He said that the convict was in Police custody for assaulting a man, adding that while he was behind the counter, he tried to escape from Police custody.

The convict had, however, pleaded not guilty to the charges. The court however found him guilty of the charges and sentenced him accordingly.