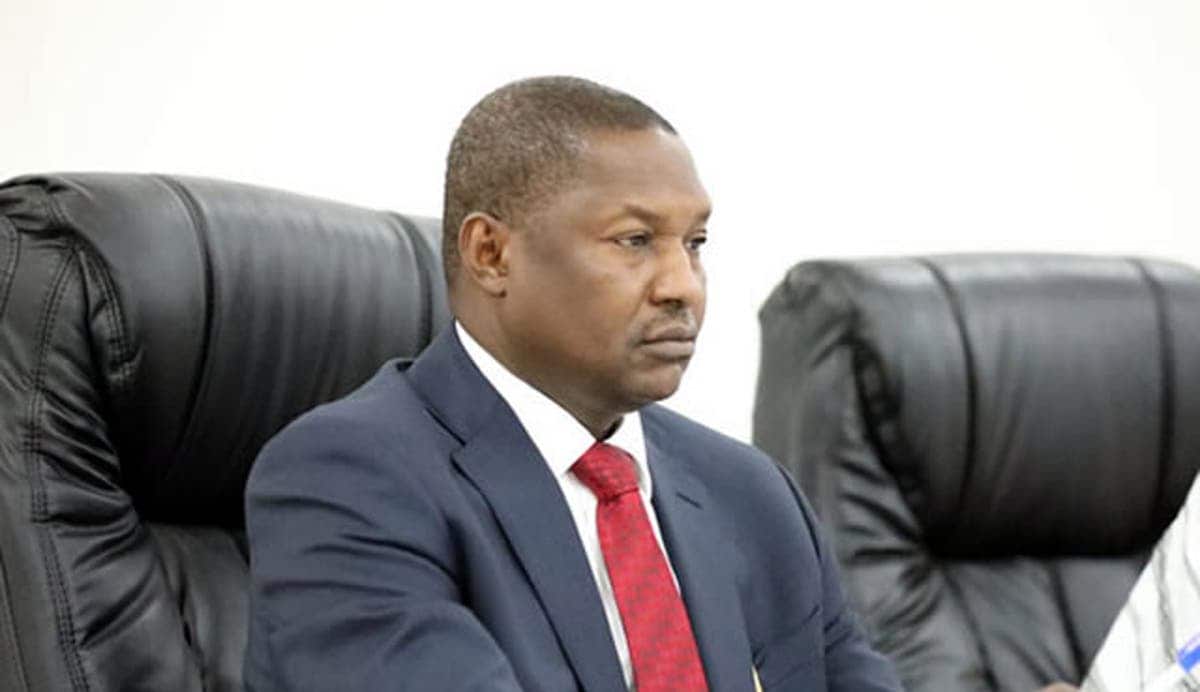 Attorney General of the Federation and Minister of Justice, Abubakar Malami (SAN) has denied allegations suggesting that N2 billion was paid to his office from the recovered funds.
This is contained in a statement issued by Dr. Umar Jibrilu Gwandu, Special Assistant on Media and Public Relations, Office of the Attorney General of the Federation, and Minister of Justice.
According to the communique, prior to the repatriation of all the recovered assets, Nigeria and relevant nations signed a memorandum of understanding as to what use the monies will be committed, “and the government has been working in compliance with all the provisions of multi-national agreements reached”.
The minister further noted that it was on the basis of the application of the said funds in line with the agreements that Nigeria earns a reputation among the international committee of nations which translated into further recoveries.
He said the Federal Government has a designated account at the Central Bank of Nigeria (CBN) for all recovered assets, adding that neither he as a person nor as Attorney General of the Federation and Minister of Justice, has in any way received any funds from the recovered assets.
Malami, therefore, challenged any person who has any evidence of such payments to either indict him or his office, to come out publicly with proofs.
N2bn Illegally Paid
Earlier in the week, a House of Representatives panel said the Central Bank of Nigeria (CBN) illegally paid N2 billion to Abubakar Malami, attorney-general of the federation (AGF), from recovered loot.
At its sitting on Tuesday, the House Ad hoc Committee probing the status of recovered loot queried Malami on the funds which they said they never approved as a budgetary allocation.
The lawmakers cited a letter from the CBN which indicated that the apex bank directed the release of the funds following a request made for the money to be used to prosecute terror suspects.
They also challenged the Minister of Justice for allegedly requesting payment of approved solicitors’ fees from the recovered assets, a claim which Malami utterly denied.